Press release and images on The Ahikuntaka: Dilmah Conservation launches publication on traditional communities in Sri Lanka from Dilmah

The latest publication by Dilmah Conservation on Sri Lanka's Ahikuntaka or gypsy community was published recently as part of the Culture & Indigenous Communities initiative. 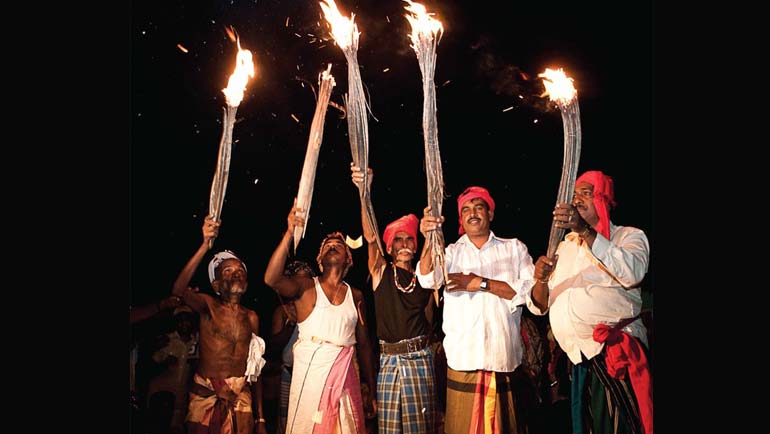 The latest publication by Dilmah Conservation on Sri Lanka's Ahikuntaka or gypsy community was published recently as part of the Culture & Indigenous Communities initiative. Traditional Communities in Sri Lanka: The Ahikuntaka, documents their lives and livelihoods is detail and is hailed as a timely publication, and covers areas as livelihood methods of the Ahikuntaka, their caste system, religious beliefs, court system and traditional medication methods. The publication also includes several case studies.

According to research, the origins of Sri Lanka's Ahikuntaka community are linked to the gypsies of South India. To date, a majority of this community speak in Telingu, a widely used south Indian dialect, and engage in snake charming as a mode of livelihood. These clans have within them the skill to charm a number of snakes including the most dangerous cobras and vipers; species they have charmed hereditarily.

As a result of the work carried out by Dilmah Conservation to preserve and protect their disappearing traditions, the Ahikuntaka community in Sri Lanka was able to hold a tribal meeting or Varigasabha for the first time in six decades in 2011. During this ceremony, leaders representing five Ahikuntaka communities from across Sri Lanka were able to meet and discuss issues faced by their respective communities for the first time. This event resulted in a charter which discussed their issues, their aspirations for the future, and a pledge to work together to preserve and protect their disappearing traditions, and unite in order to strengthen and save their unique cultural identity.

As a result of the Varigasabha and subsequent discussions with the Ahikuntaka community, Dilmah Conservation undertook to support the preservation of this unique communities' cultural identity. As part of these efforts, the Ahikuntaka Resource Centre was built in Kudagama in Thambuttegama. The Centre has an open air theatre and a museum to house traditional arts and crafts. Dilmah Conservation envisages that the Ahikuntaka Resource Centre will not only lead to the preservation of their identity and culture but it will also lead to the general upliftment of their social conditions.

The Founder of Dilmah Conservation Merrill J. Fernando elaborates his interest in preserving the dignity of traditional communities in his introduction to the publication. He says 'Just as much as biodiversity plays the most pivotal part in the workings of Mother Nature, cultural diversity is considered an essential guiding factor in the process of human civilisation and evolution. Indigenous people enrich and enhance the cultural diversity of the society we live in. I believe it is our duty to help them live their lives with honour and integrity'.