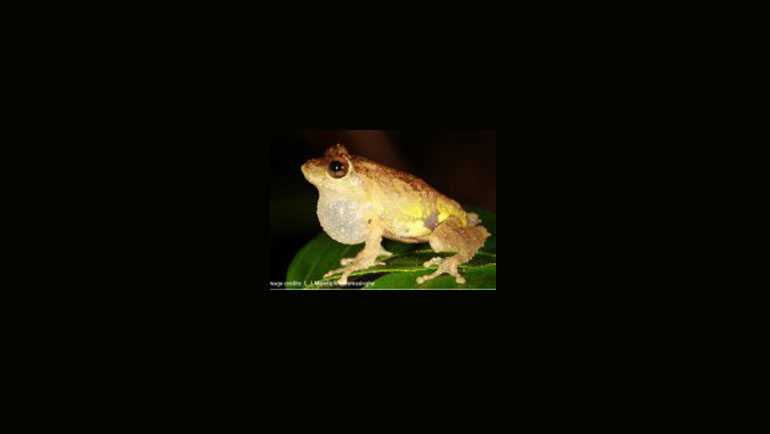 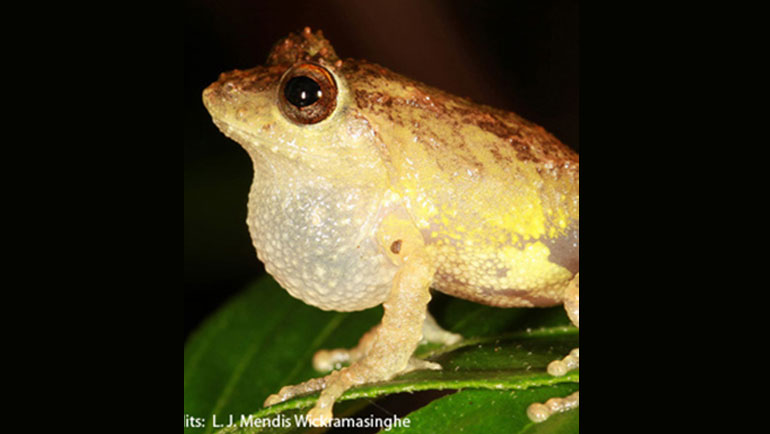 The newest species of shrub frog to be discovered bears the name of world-famous tea, Dilmah. Sri Lankan scientists found this new species in the Central Hills of Sri Lanka, and it has been named Pseudophilautus dilmah.
The authors state in the report that the species was 'named after Dilmah Conservation, for its dedicated efforts to biodiversity conservation on the island.'
Described in the Journal of Threatened Taxa this week, this new species of shrub frog was discovered in the Loolkandura Forest in the Central Province of Sri Lanka. The site of the discovery is the location where Sri Lanka's first ever tea plant was planted by James Taylor in 1867, marking the beginning of one of the country's largest and most profitable industries. The forest is still surrounded by tea estates.
Gene sequencing of the new species has shown that it is genetically distinct from other members of the genus.
While these amphibians may be slimy pests to some and a luxurious delicacy to others, frogs play a far bigger role in the environment. Scientific communities often call frogs the 'forest's barometers' because their incredibly thin skins make them super-sensitive to changes in their surroundings. Because of this, frogs are also good indicators of impending threats to the environment, such as the effects of climate change.
Sri Lanka is one of the world's 35 biodiversity hotspots and boasts of a rich amphibian fauna. However, the high rate of deforestation and other human activities greatly threaten the population. Before 2012, there were 35 globally extinct amphibians. Of that, 21 of them were found in Sri Lanka. That number has, fortunately, reduced to 18 with the rediscovery of three species.
However, there are a number of frog species that are still under threat. According to the study, 'The proposed conservation status for the [newly discovered] species according to the IUCN [International Union for Conservation of Nature] Red List Criteria can be considered Critically Endangered.'
The scientists, and Dilmah Conservation, hope that the discovery of the new species will compel the authorities to take further measures to protect the natural forest in this area in order to safeguard this species (and others) from experiencing habitat loss, and eventual extinction.
The discovery was possible through an ongoing island-wide survey, led by lead author L.J. Mendis Wickramasinghe, to document the diversity of reptiles and amphibians in Sri Lanka. The project is supported by Dilmah Conservation.