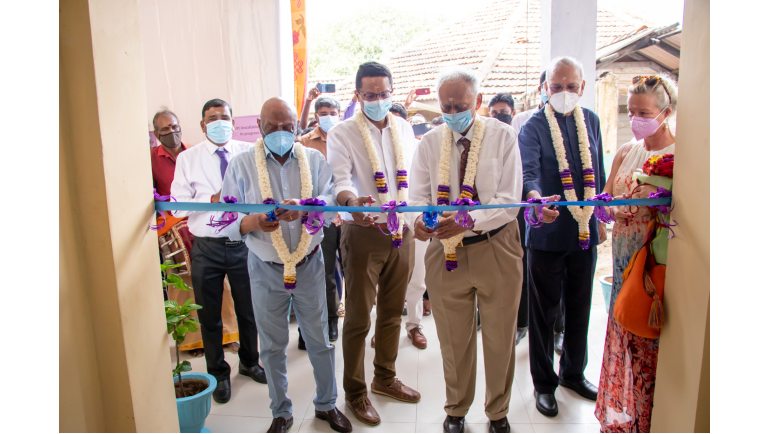 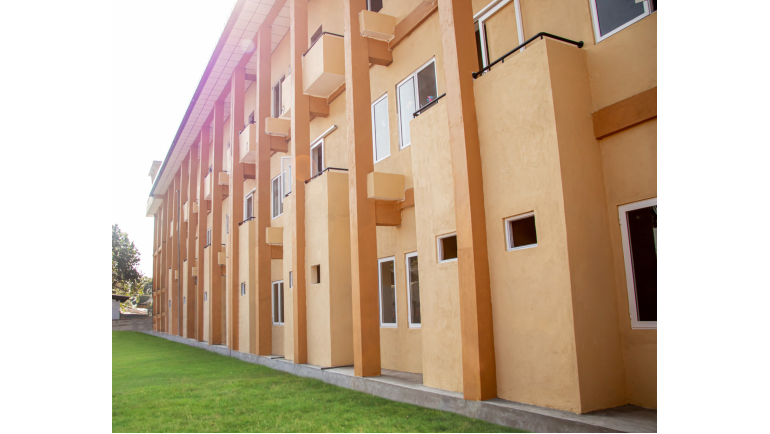 The Merrill J. Fernando Charitable Foundation and Ian & Barbara Karan Foundation have together funded and constructed a 90 bed Ward Block to modernize and expand services at the Point Pedro Base hospital. The Rs. 110 million project serves the people of the Jaffna District, and all Sri Lankans with the construction of a 3 storied wing housing Psychiatric, Medical & Surgical wards and consultation rooms.

The previous wards were over a century old, and in dilapidated condition, severely limiting the ward capacity for the 150,000 persons the hospital serves. This extension to Point Pedro Base Hospital, is jointly funded by Dilmah Founder Merrill J. Fernando through his MJF Foundation and close friends Ian & Barbara Karan. The facility was declared open by Ian & Barbara Karan, and on behalf of Merrill J. Fernando - the Trustees of the MJF Foundation, Messrs Rajan Asirwatham, K. Ravindran and Dilhan C. Fernando on 26th of February 2022. The expansion of Base Hospital Point Pedro will address capacity constraints and assure better provision of public medical and healthcare for local communities with better and increased bed strength of 392 beds.

The MJF Charitable Foundation was established by Merrill J. Fernando in fulfilment of his wish to serve humanity through his family tea business. Acknowledging that success is a blessing that must be shared, he has embedded kindness to people and nature at the heart of Dilmah Tea. The MJF Foundation has extensive scholarship, nutrition, vocational training, disability care, entrepreneurship development, mental health, and gender equality initiatives.

The Ian and Barbara Karan Foundation supports youth development, particularly in Sri Lanka. Through the nationwide promotion of charitable initiatives, institutions and projects, the foundation aims to improve education, and support disadvantaged children and young people in the areas of education and sports.

Sri Lankan family tea company Dilmah was founded in 1985 by Merrill J. Fernando who is today the world's most experienced teamaker. He championed quality and integrity in tea. When Dilmah offered tea grown, picked, and ethically made at source, it was the first time a tea grower anywhere in the world had brought their produce to market. That pioneering philosophy continues in the uncompromising commitment the family company maintains to Taste, natural Goodness and ethical Purpose. A minimum 15% of the pretax profits from Dilmah Tea fund the work of the MJF Charitable Foundation.

In 2016 the MJF Foundation made a significant contribution to the healthcare system in the  North of the island with the construction of an OPD block with an expense of Rs 60 million to ensure that the catchment area of 41,000 people from Kayts and its surrounding seven islands, thereby reducing travel distance to a hospital for the people of the area,   eliminating the travel distance of 16km to the next hospital in Jaffna.

This article was originally published in the Daily Mirror, the Daily FT, and The Island.