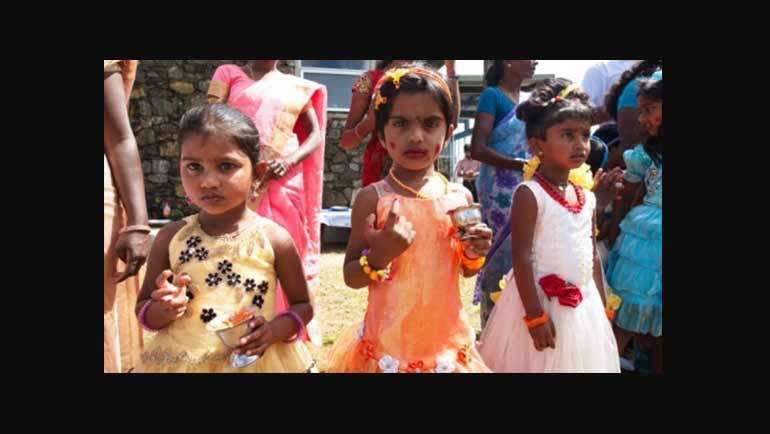 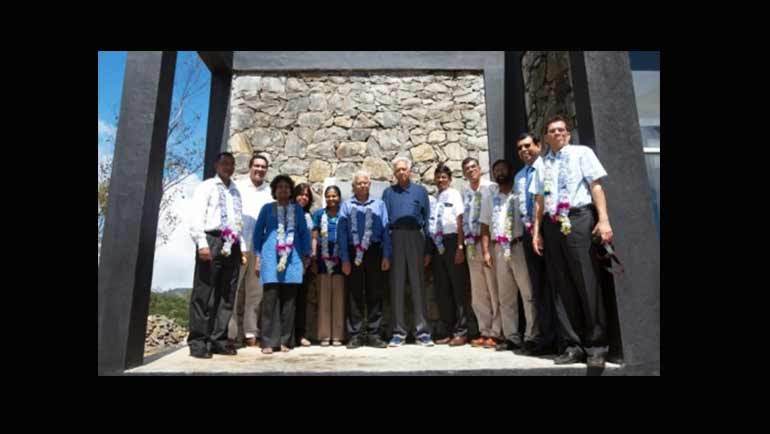 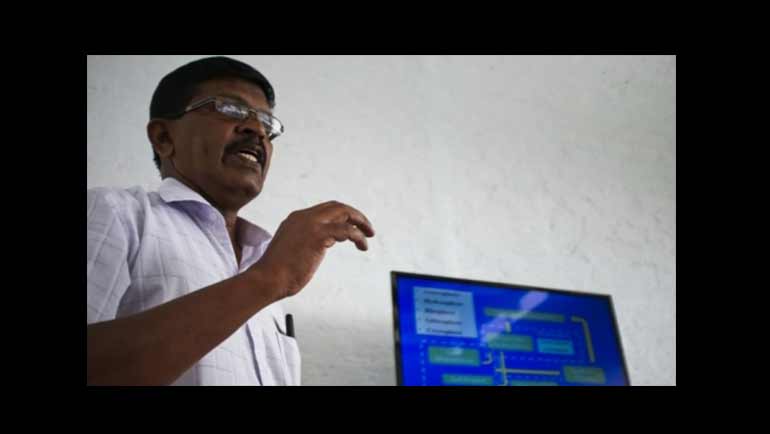 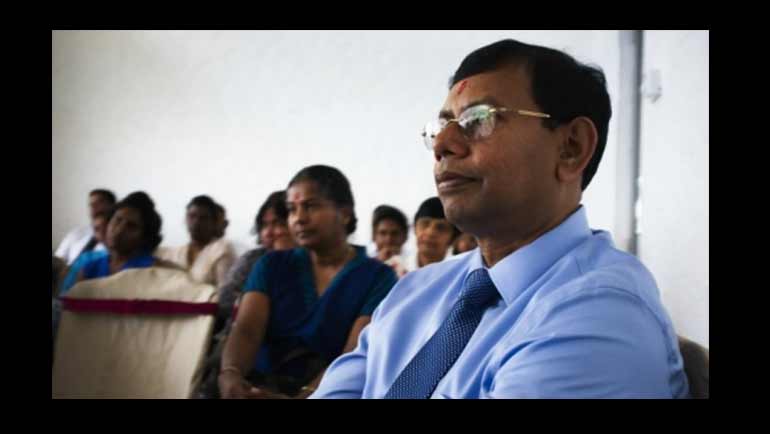 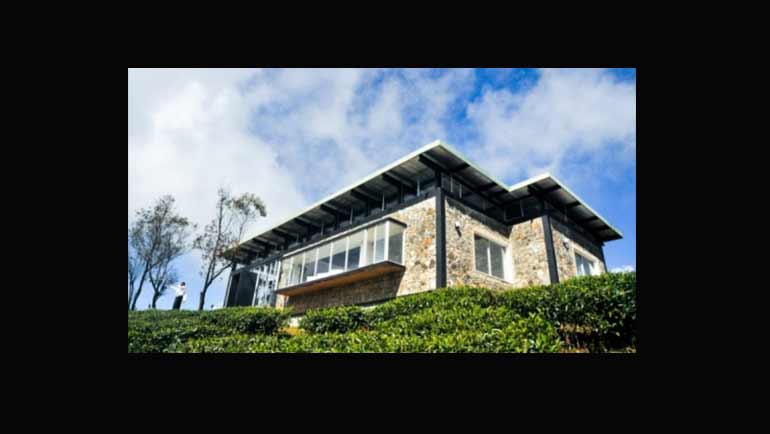 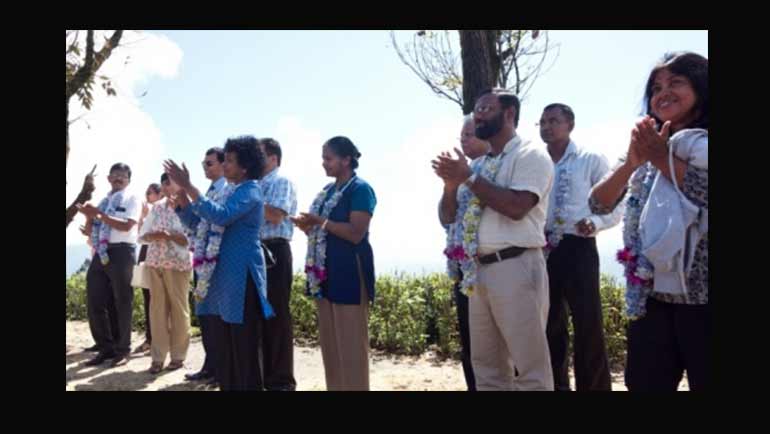 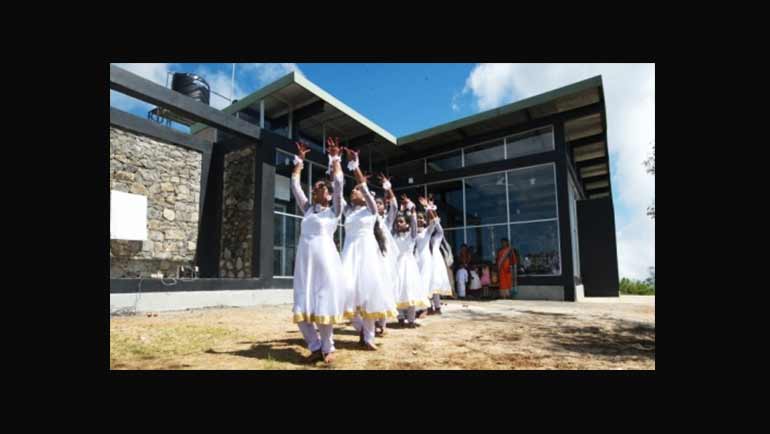 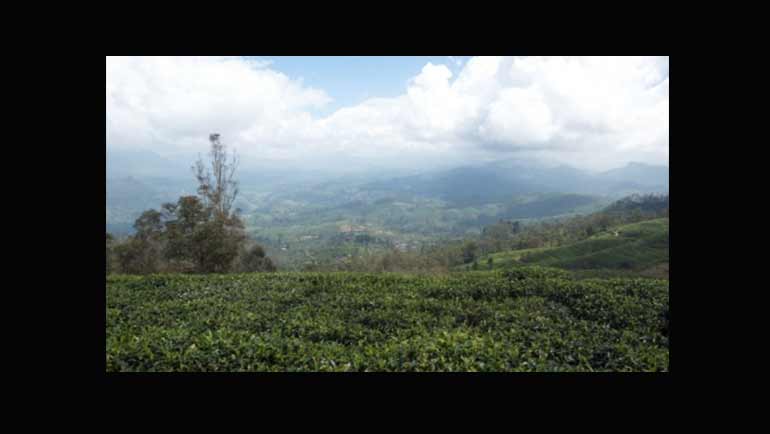 Dilmah Founder Merrill J. Fernando was joined by his sons and scientists from Universities and NGOs in Sri Lanka recently in inaugurating the first private sector initiative to research climate change and guide planters and farmers in building resilience to the extreme weather that is becoming commonplace. Reflecting the family company’s emphasis on fulfilling its unique philosophy of making business a matter of human service, Dilmah Conservation initiated the project in 2015 on Queensberry  Estate, with a dedicated research facility located over 1,500m above sea level. Dilmah has invited scientists from universities, state and non governmental agencies, with the intention of understanding climate change in Sri Lanka, current and future changes in climate, and options for mitigating or adapting to those changes, especially for agriculture.

Dilmah Conservation was established by Dilmah Founder Merrill J. Fernando in 2007, and extends to the environment the work that the family’s MJF Charitable Foundation does in reducing the human impact of poverty and inequality.  The Dilmah Conservation, Centre for Climate Change Research & Adaptation (DC – CCCRA) is expected to play a pivotal role in building climate resilience in agriculture and food production through research, with an emphasis on the tea sector.

The quality and taste of tea are directly affected by seasonal variation in climate, and its economic importance to the Sri Lankan economy is significant, making a compelling case for a focus on tea in understanding climate change and its impact on the agricultural economy. Professor Wickramagamage from the University of Peradeniya, explained that the research that will be conducted at the station will provide high resolution climate data, addressing the existing gap in agro-climatological studies. At the inception, the facility will be utilized to develop a statistical analysis of historical tea production data for the last 50 years or longer to understand the impacts from rainfall, temperature, humidity and extreme events such as El Nino, while also analyzing the impact of climatic variation on tea growing regions.

Anthropogenic activities in the recent past have put the ecological balance at risk, and these were further aggravated by the demands of the growing population, and over-exploitation of natural resources. The launch of this facility comes at a critical time when countries around the globe are still recovering from the unexpected impact of the recent catastrophes linked to climate change.

Dilhan C. Fernando, CEO of Dilmah Tea commented, ‘Since 2005, options for managing climate change have been clear and as the British Government’s Stern Review set out then, the cost of mitigation is a fraction of the cost of inaction. Yet most of the world opted for the latter. If we continue to do nothing citing perceived economic and social constraints, nothing else will matter because if we do not build resilience now, climate change will effect everything including the air we breathe. Nothing matters more today than addressing climate change.”

He added, ‘We have a tremendous opportunity to have a small but significant start with the Centre for Climate Change Research & Adaptation, to realign the Sri Lankan economy in a climate compatible direction. The Centre will also support our policy makers, state and private sector entities in coping with global warming, and significantly help the smallholder who today does not understand why the traditions they have been used to for centuries have been disrupted. We have to give them informed options and help them adapt because millions of lives and a substantial part of our economy depend on it.’

Highlighting the effect of climate change on the planet, Mr. S. Premalal, Director General of Meteorological Department, presented facts which suggest that the planet’s average surface temperature has risen by 1.1 degrees Celsius since the late 19th century. Most of the warming has occurred in the past 35 years, with 16 of the 17 warmest years on record occurring since 2001. This rise in temperature has resulted in a decrease in the Greenland and Antarctic ice cover, with Greenland having lost 150 to 250 cubic kilometres of ice per year between 2002 and 2006. Further more, climate change has resulted in an increase in the acidity of surface ocean water by 30 percent, since the Industrial Revolution.

“The study of natural climate processes is important to understand the role of humans in climate change. Climate change will destabilize and degrade many ecosystems that are already threatened by destruction. It is a serious threat to both food security and human health. Thus, understanding its impacts through research and implementing mitigatory and adaptation methodology is of utmost importance,” stated Mr. Premalal as he congratulated Dilmah Conservation for setting up this research facility.

The facility stands as an important testament to the critical importance of recalibrating the roles of private sector, academia, state and NGOs in building partnerships that will help Sri Lanka overcome the new challenges we face as a nation. The alliance that has been forged is being extended to involve similar agencies in India and other countries in the region, since the scale, global nature and intensity of the human consequences of climate change demand partnerships that will promote sharing of information and best practice to build climate resilience regionally.

Dr. Ananda Mallawatantri, Country Representative of IUCN, who was present during the ceremony appreciating the timely establishment of the facility stated, ‘According to the United Nations International Strategy for Disaster Reduction (UNISDR), every dollar you invest in risk reduction will save six. To come up with risk reduction initiatives pertaining to climate change you need to first understand it, because, only if you can measure will you be able to manage the crisis.’

Dilmah recognizes the fundamental role every individual, community and business organization has to play in securing a low carbon economy, and in ensuring that every element that makes sustenance possible on earth is protected for future generations. The founder, Merrill J Fernando expressed his hope for private sector companies to adopt Dilmah’s example towards fostering respect for the environment in his concluding address, “As stewards of our planet, we have a responsibility to leave the world a better place then we found it. As part of my family’s responsibility to share the success of Dilmah, we want to help Sri Lanka and other nations cope with this challenge of a changing climate. I am indebted to the scientists that have joined us in this mission and I hope and pray that every other business will begin to contribute to the community at large.”

Dilmah is Sri Lanka's most recognized international tea brand, established nearly 30 years ago by Merrill J. Fernando, the Sri Lankan tea taster who wanted to share the pleasure in quality, fresh and ethically made tea with the world. His philosophy of caring and sharing, is embedded in Dilmah and its ancillary tea and other businesses, all of which are required to contribute to the MJF Charitable Foundation and Dilmah Conservation in fulfilling the commitment to make business a matter of human service. The Dilmah Conservation Centre for Climate Change Research & Adaptation was declared open on 28th October, 2017 by Merrill J. Fernando.