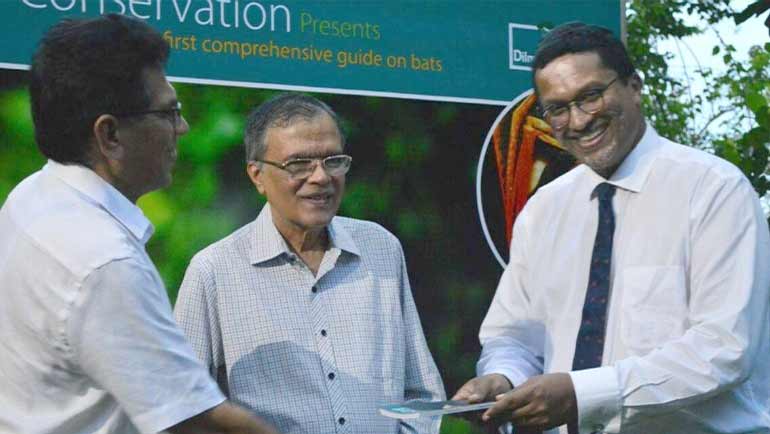 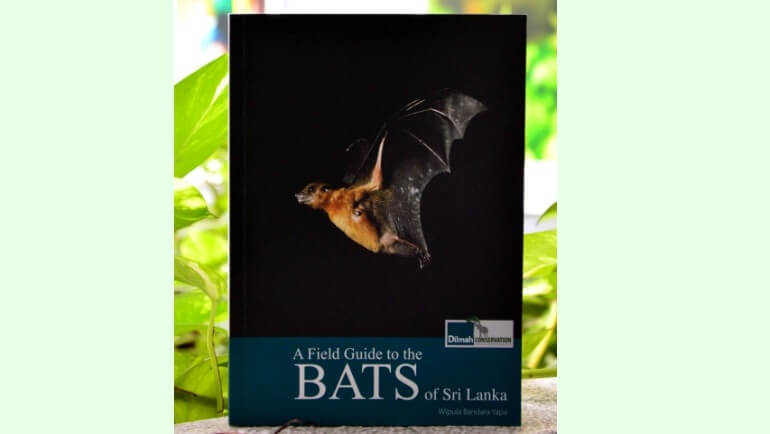 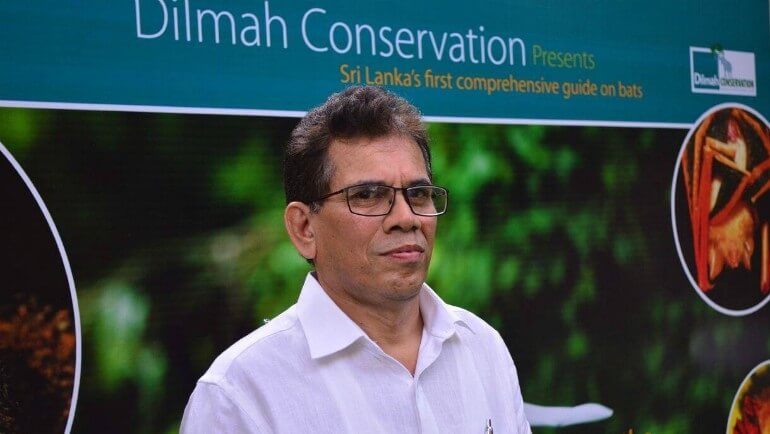 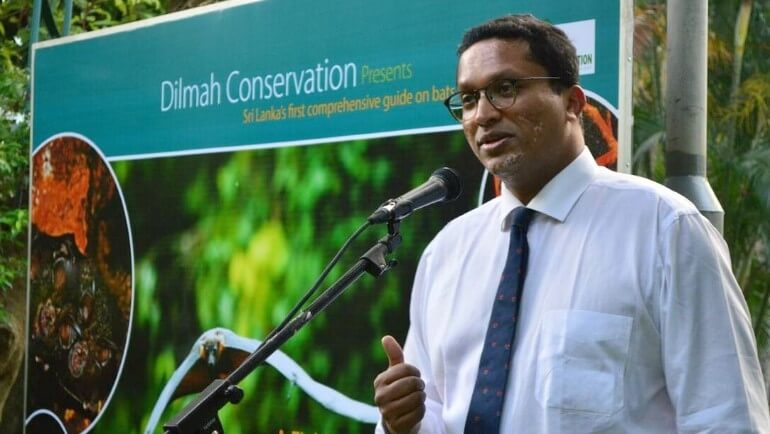 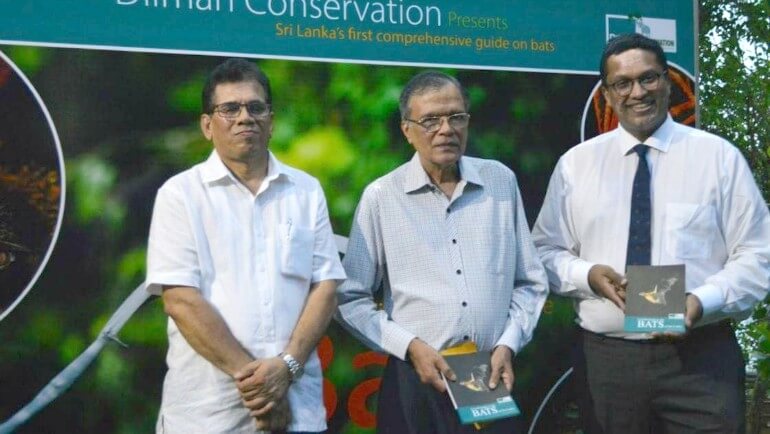 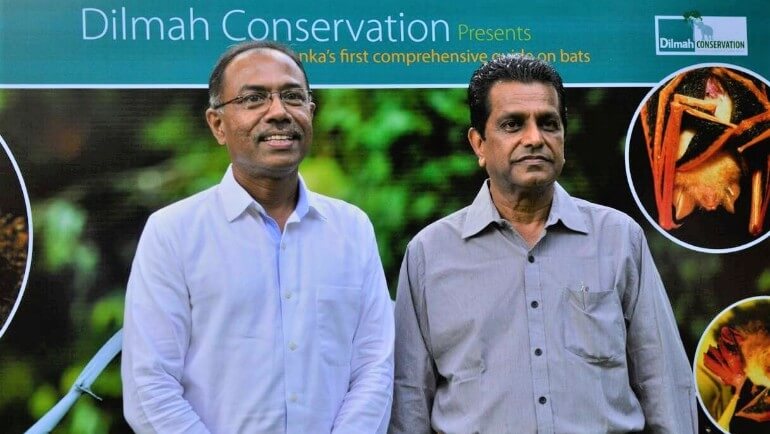 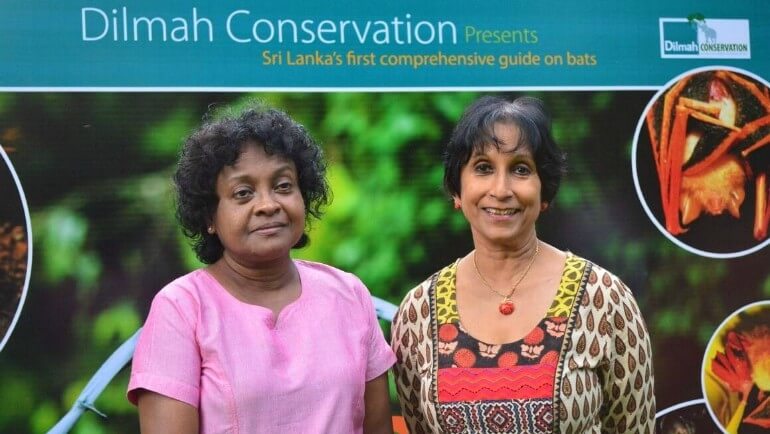 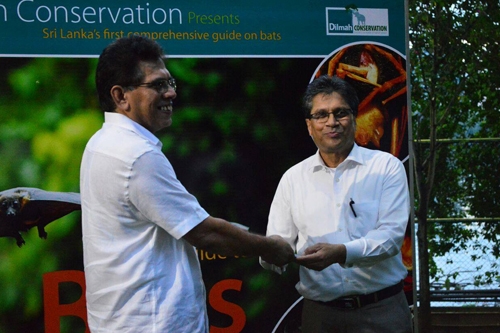 Dilmah Conservation shifted its focus from the more colourful forms of life and ignited the conversation on the less discussed charisma of bats, as Dilmah Founder, Merrill J Fernando released its latest publication, 'A Field Guide to the Bats of Sri Lanka’ authored by Prof. Wipula Yapa on 27th November at the Home of Dilmah.

The publication, the 13th addition to Dilmah Conservation's Field Guides series, is the sole guide to all the 30 species of bats known to inhabit the Sri Lankan landscape. Teeming with a multitude of strikingly detailed photographs, some of which were photographed for the first time, the book lends a panoramic view of these unique animals and their extraordinary abilities which set them apart from other mammals.

Exhibiting an astonishing species diversity that is surpassed only by rodents, bats constitute the second largest group of mammals. In Sri Lanka, although these mammals contribute to 1/3rd of the island’s mammalian fauna, a decreasing trend has been observed in their populations, with nearly seven species being listed as nationally threatened.

The economic and ecological importance of bats (although acknowledged by science) is yet to make a deep impression on the public consciousness. These flying mammals which sweep the night sky in tremendous numbers provide vital ecosystem services as agents of reforestation and pest control.

Often thought as harbingers of ill omen and bad luck, these nocturnal creatures have been side-lined for long as troublesome pests. However, it is estimated that 450 economically significant plant species, 100 of which are edible, depend on bats for pollination and seed dispersal. A classic example is that of the tropical fruit, Durian, which generates 0 million annually are pollinated by fruit bats.

A Field Guide to Bats of Sri Lanka is the culmination of three decades of field research and study by the author, Professor Wipula Yapa, a leading Chiropterologist, heading the Zoology Department at the University of Colombo. Speaking of the threat to these mammals, he says, “ The biggest threat to bats is from humans. Humans often harm bats out of ignorance and without realizing how important they are to our well-being. Bats are beneficial to us and support our survival in many ways. The best way to protect them is to make the public aware of the valuable services they provide.”

Dilmah Conservation, through the publication of this book, hopes to alleviate the sceptic and superstitious beliefs surroundings these night creatures, and stir the interest on these‘feared’ creatures among the younger generation and inspire them towards the conservation of these critically important of animals.

Dilmah founder, Merrill J Fernando, shares his experiences from his childhood in Palansena when fruit bats would leave behind a litter of half-eaten fruits while he adds, “ with many years having passed since then and the number of trees cut to accommodate the ever-growing human population greatly increasing, sightings of these ‘flying mammals’ in home gardens have now lessened. I sincerely hope that this publication will help the younger generation to have a better understanding of the importance of this less well-understood species and help in their conservation.”

The Field Guide to the Bats of Sri Lanka, priced at LKR 350, takes forward Dilmah Conservation’s commitment towards making scientific knowledge available to a larger audience, allowing the younger generation and scientists of tomorrow to engage with nature in a more meaningful manner. The book will be available at the Dilmah t-Lounges on Chatham St. and Independence Arcade and the Dilmah Tea Boutique at Crestcat from 28th November.