Press release and images on A new agricultural solution from Dilmah 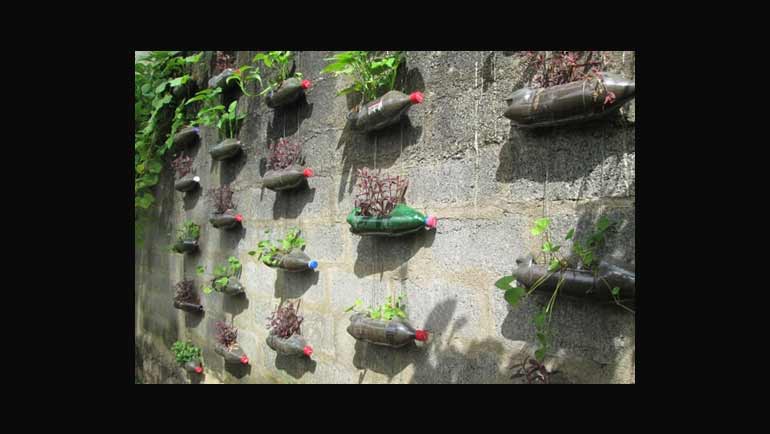 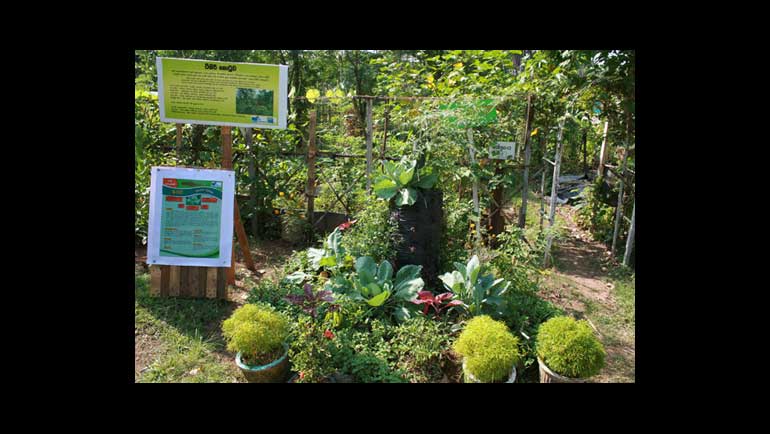 An article published in Ceylon Today by Sanuj Hathurusinghe.

In the last 50 years, world population has doubled. From almost 3.7 billion in 1970, the population has now increased up to 7.4 billion and is expected to reach the 10 billion mark by 2060. More people means more mouths to feed. And to do so, more intensive and aggressive means of agriculture have to be adopted. To cope with the demand for food, more land has been brought into agricultural cultivation, mainly by clearing forests worldwide.

But there are only so much forests we can clear for farming purposes and according to environmentalists we have already deforested way more than what we should have. Current methods of intensive agriculture are not sustainable in the long run.

Over using fertilizers and chemicals have already squeezed out harvests way over supposed amounts from farm lands and as a result, once fertile patches of land are facing the threat of going barren.

Mass-clearing and ploughing of land for agricultural purposes often exposes topsoil to being blown away by wind or to be washed away by rain and floods. Dirt getting blown away by the wind might not sound plausible to someone but it is a real problem modern farming faces. In fact, according to the World Wildlife Federation (WWF) records, about 55 million tons of top soil on farms in Brazil are getting blown away each year due to mass soy cultivation.

Land degradation affects about 30% of global land area. WWF says the problem persists with a reported loss rate of arable land at 10 million hectares per year. The situation is far more worrying in reality as ever growing demand for food has forced world agriculture to produce more and more from the same amount of land and the circumstances have intensified especially in the last five years.

Different methods and techniques of sustainable farming have evolved as a result of the complications in conventional, intensive agriculture. Hydroponics or hydroponic agriculture is one such technique among many. The technical term itself might not ring a bell but many of us must have heard about a method where plants, especially vegetables and some fruits, are grown in a liquid solution with no aid of dirt. In a nutshell, that's what hydroponic cultivation is.

Although it is a form of intensive agriculture, hydroponics doesn't cause soil degradation or doesn't use excessive amounts of chemical fertilizers which could eventually end up in fresh water sources, polluting them. In hydroponics, which is a subset of hydroculture, plants are grown in a soilless medium. Feeding plants with nutrients is entirely done through mineral nutrient solutions which come directly in contact with the roots of the plants. Dirt is not used as a mean of nutrient supply but in many forms of hydroponics, some solid base such as coco peat or perlite are used as a growing medium to aid plants to stand straight.

There are many different types of hydroponic systems. Wicks system, being the most simplistic system, uses a reservoir filled with specific nutrient solution placed directly under the plants. The solution is drawn to the growing medium of the plants using a number of wicks drawn from plants to the solution.

In water culture, roots of the plants are totally immersed in the reservoir filled with nutrient solution along with the growing medium and an air pump is used to oxygenate the solution and to help roots breathe. The flow and drain system works by temporarily flooding the grow tray where the plants are kept with nutrient solution. A water pump and a timer if necessary are used in a flow and drain system to automate the flow of the solution.

In a drip system, a timer controls the water pump, which pumps nutrient solutions through a network of elevated water jets.

These water jets water or rather spray the plants from above. A recovery system will collect excess nutrient solution back into the reservoir.

An N.F.T. system is more or less similar to a flow and drain system, the only difference being neither a timer nor a growing medium is used. The aeroponic system is arguably the most high-tech hydroponic type. Just like the N.F.T. system, no growing medium is used in an aeroponic system and the roots of the plants are misted with the nutrient solution.

What about hydroponics in Sri Lanka? Is it done here and is there a need? Sri Lanka being a country which cherishes its tradition and its ways of agriculture, one might think that such a technologically advanced means of agriculture would not sit well here. But in reality, hydroponics has been in practice here in Sri Lanka for the past 20 years. Prof. Palitha Weerakkody , Professor at the Department of Crop Science of the University of Peradeniya, has been practicing hydroponics since 1997.

Vegetables, flower crops and bush type fruits such as strawberry are grown using hydroponics. The solution used in hydroponics contains 16 or 17 essential nutrients vital for the plants' growth. Among them are nitrogen, phosphorus, potassium and sulphur. Prof. Weerakkody says their hydroponic cultivation is done in a protected and controlled culture. "In hydroponics, we can control what goes in to the plant. We can feed the plant with necessary nutrient components to have a better yield. Because it uses a protected environment, hydroponic plants are free of many pesticides and diseases" remarks Prof. Weerakkody.

One disadvantage of hydroponics is that it is expensive. Another is that it requires at least some basic technical knowledge to maintain a hydroponic crop patch. Monitoring pH levels of the solution and aerating the solution requires devices and knowledge to handle them. Because of this, people are reluctant to try hydroponics and discard the idea at first glance thinking it is best suited for a lab rather than a house.

A simple yet effective system

A hydroponic system does not necessarily have to be built indoors or in a greenhouse. It could be built outside and the setting too could be made using materials found in a normal household. Radun Wickramage, Supervisor at Dilmah Conservation Sustainable Agriculture Research Centre (DCSARC), has built such a hydroponic system at the DCSARC premises in Katubedda, Moratuwa. "PVC rain gutters used as the grow trays in the system are ones thrown away as waste. Buckets used as the reservoir also could be obtained without a hassle. The only things that are complex are the water pump and the timer. The water pump uses very little electricity and the Albert's solution could be made very cheaply. Reusing the solution makes it last longer" says Wickramage.

Albert's solution is made by adding water-soluble dry fertilizer which contains macro nutrients essential for plants' growth, to water. This dry fertilizer named Albert's mixture is available in every fertilizer shop. The proportion of water to fertilizer and the pH levels in the solution are to be adjusted according to the crop and the conditions. In Wickramage's system, Albert's solution is pumped from the bucket to the very top grow tray and then dripped onto other trays down below. Excess solution is directed back into the bucket reducing waste and encouraging reuse. Aerating happens automatically when the solution pours from grow tray to tray so no aerator is required. Wickramage grows lettuce and cabbage in his system and plans to expand it to other types of plants in the future.

Hydroponic plants are not considered organic as they use chemical solutions to feed the plants. "Hydroponic crops are not organic food but there is some research going on to make nutrient solution used in hydroponics more organic," says Prof. Weerakkody.

"There is a nutrient solution called wormi-compost or wormi-liquid which could replace Albert's solution and it is totally organic" revealed Wickramage. In a barrel containing gravel, sand, compost, hay and leftover fruits and vegetables, earthworms are grown and a drip irrigation system is stationed above the barrel to water in constantly. Water passes through all layers in the barrel and collects all the nutrients of earthworm excrement. Wormi-liquid gathered at the bottom of the barrel is taken out using a tap and this solution is said to be really good for seedlings.

According to Wickramage, there is another way of making an organic nutrient solution called aquaponics in which fish, prawn or snails are raised in tanks and the water from those tanks are used instead of Albert's solution. This also said to be rich in nutrients but DCSARC is yet to try aquaponics. "Hydroponics could be done as a home gardening method and with the right knowledge it could even turn into a profitable venture" says Wickramage.

Please click here to read the Article in ceylontoday.lk