Press release and images on You're Stuck at Home, Drinking a Ton of Tea--and Prices Are Rising from Dilmah

HomePress releasesYou're Stuck at Home, Drinking a Ton of Tea--and Prices Are Rising

You're Stuck at Home, Drinking a Ton of Tea--and Prices Are Rising

Prices of wholesale tea leaves have jumped 50% since March 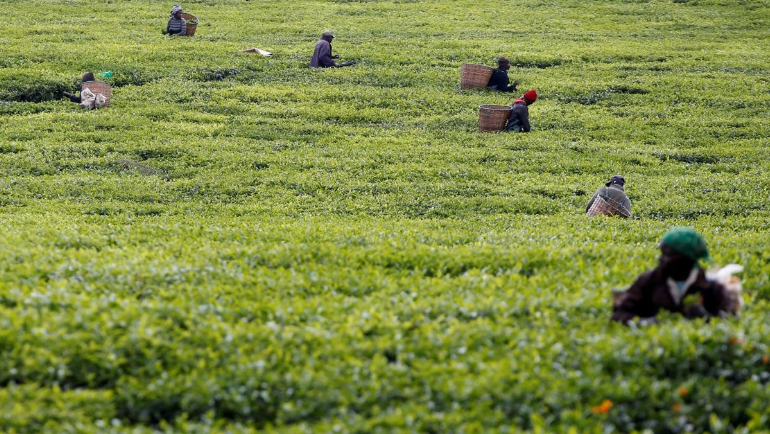 The world's most popular beverage is becoming more expensive.

Remote working arrangements and other home routines established during the coronavirus pandemic have led more people to reach for cups of tea, which is consumed in larger amounts world-wide than any drink other than water. But supplies of tea leaves are tightening, due to bad weather in some producer countries, labor shortages, port closures and other logistical issues.

Prices of wholesale tea leaves have jumped 50% since March, when they tumbled to their lowest levels in more than a decade due to oversupply. At .16 a kilogram ( .44 a pound) recently, they are at levels last seen in November 2017, according to World Bank data.

Some of the increase has started to lift store prices in the U.S. Prices of so-called liquid tea, which is typically sold as bottled concentrate, have on average increased 9.6% from a year earlier, while prices for packaged tea--sold in tea bags--have risen 1.7%, according to Nielsen, a market research firm. Prices of ready-to-drink tea, which comes already prepared in bottles, cans or packets, have been stable.

"This is largely a supply driven event," said El Mamoun Amrouk, economist in the raw materials and tropical products team at the Food and Agriculture Organization of the United Nations.

The FAO previously warned that climate change is threatening the limited agro-ecological area required for tea production, while global consumption is growing as more people believe in the antioxidant properties and other health benefits of tea.

Around the world, about 3.7 billion cups of tea are consumed on a daily basis, according to Euromonitor International, a market-research provider. On any given day, more than half of the U.S. population drinks tea, according to TeaUSA, an industry association.

The majority of American tea drinkers consume the black variety and most prefer it iced. The beverage is especially popular among millennials, according to TeaUSA.

The pandemic has caused sharp drops in tea consumption at restaurants and cafes, but people who are spending more time at home are brewing and drinking more tea, according to industry players.

Tea is most often grown on terraced hillsides in mountainous regions with tropical or subtropical climates. China, India, Kenya and Sri Lanka dominate the world's tea production, while most tea sold in the U.S. is grown in Argentina, according to data from the FAO and the United Nations Comtrade database.

In Sri Lanka and India, leaves are largely picked by hand from evergreen shrubs before they are dried and packaged for sale. Workers focus on picking small, young leaves that taste better than older, more coarse ones. Tea leaves typically take about two weeks to grow before they are ready for picking; their color is determined by the way they are processed.

Earlier this year, a severe drought in Sri Lanka, the world's third-largest tea exporter, resulted in production falling by 15% in the first seven months of 2020 from a year earlier. Exports have dropped 10%, according to the country's tea exporters' association.

"At the moment it's bucketing down and the sky's looking ominously gray," he said in an interview earlier this month. "The rain means we've got the possibility of a significant increase in output."

In neighboring India, tea production has also fallen. The country has been hard-hit by the coronavirus pandemic, and social-distancing rules have in some cases prevented workers from getting to fields for harvesting. Trucking services in the country have been disrupted and port closures have led to export and shipping delays.

Production fell 22% to 509,000 metric tons in the first seven months of 2020, according to the government-run Tea Board India. In August, tea prices at a Kolkata auction hit a record high. The shortage has been compounded by severe flooding in Assam in northeastern India, which produces the bulk of the country's tea, according to data provider Mintec.

As of Wednesday, India had recorded nearly 5.65 million coronavirus cases, according to data compiled by Johns Hopkins University, the second-highest in the world after the U.S. Many parts of India are still locked down, meaning many businesses are closed and movements around the country are restricted.

Earlier, an oversupply forced some companies to sell bulk tea leaves at less than what it cost to produce the commodity, said Joshua Kaiser, founder of Rishi Tea and Botanicals, a firm that purchases directly from growers.

"We're now seeing the real cost of production flowing through the market," he said.

This article is also published in The Wall Street Journal

This article is also published in Search and News