HomePress releasesWhat you need to know about soil

What you need to know about soil 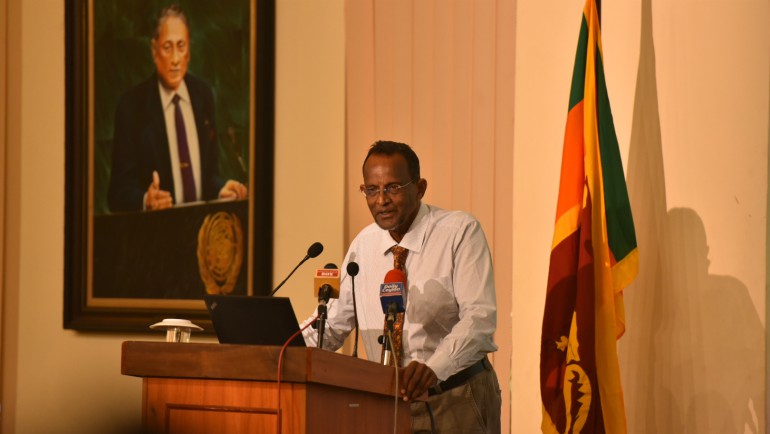 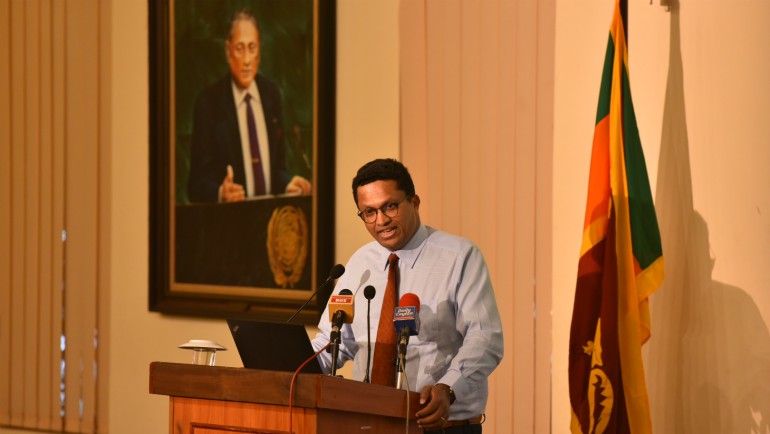 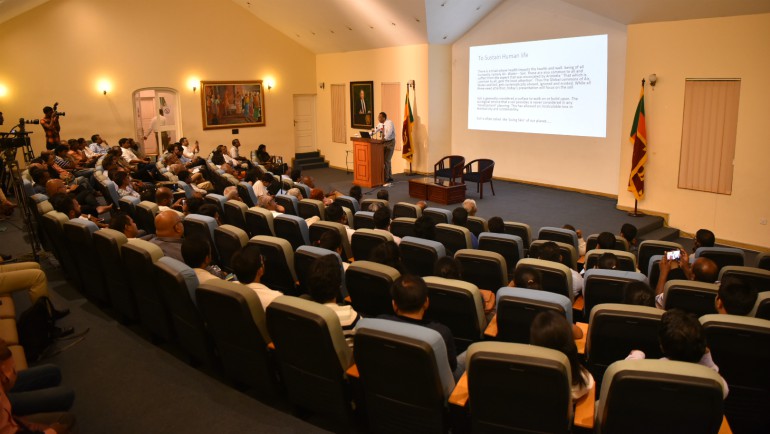 Environment conservation has numerous aspects; forest conservation remaining the forerunner, our soil cover is almost never talked about. A Dilmah Conservation lecture conducted by Dr. Ranil Senanayake took place on 28 August at Lakshman Kadirgamar Institute. During the lecture, Dr. Senanayake reflected on soil and the basis of sustainable production.

Dr. Senanayake began with a quick introduction to soil; it essentially denotes the surface to walk and build upon, encompassing numerous ecological benefits. The topsoil or the uppermost part of the soil is regarded as the living skin of the Earth. It comprises organic matter, and the principle property of soil fertility is determined by such biological factors. A gram of soil consists of one to two billion cells of bacteria. Accumulating this exact stretch of soil is 100-200 individual cells of actinomycetes. They play a key role in the ecology of soil as they produce numerous enzymes that help degrade organic plant material. In addition, this stretch also comprises the same number of fungi as well as thousands of algal cells. In effect, the development of life within soil attributes the property of fertility.

“The combined biomass of all soil organisms in one hectare of good soil is equal to that of 20 horses,” he said. Referring to the impact of the forest fires of the Amazon Rainforest, Dr. Senanayake indicated that burning forests tend to leave adverse impacts on soil, adding that as we damage the soil, both the soil and we pay the price for it.

Fertiliser is viewed as a potential threat. Ecology comprises an already existing energy that balances an ecosystem and therefore, an addition of external energies such as fertiliser tends to have an adverse impact. As the addition of fertiliser takes place, 80% of living organisms found within soil tend to disappear due to the inability to survive in such high energy level environments. Subsequently, living soil loses its capacity to provide nutrients to grow crops. Farmers now would be left with the inability to grow crops, thus indicative of an economic impact as a whole. “We are the ones who damaged ourselves when we saw the magic technology played.”

Shifts from the norm such as rains during times that don’t normally rain are viewed as its immediate consequences. Whilst 37°C is regarded as the maximum limit, exceeding beyond that to reach 48°C will utterly disband the growth of any form of crop. Informing the audience of the vital role played by earthworms, Dr. Senanayake attributed as indicators of temperature as with an increase in temperature, earthworm activity tends to relatively reduce.

Encompassed within its list of threats is the reduction of forest cover. Soil is made mostly by the roots of trees and plants. All trees around the country provide up to 20% of their total root weight which exudates into the surrounding soil. One metre of tree roots is equivalent to 1 km of fungal hyphae. Fungal hyphae benefit soil as it is capable of bridging gaps between pockets of moisture, and continue to survive and grow even when soil moisture becomes low for bacteria to survive. As Dr. Senanayake indicated, certain fungi are said to be found in particular to those species. In addition, he indicated the importance of planting various species of trees instead of a particular kind as it tends to nourish the soil better. “Each species of tree provides different chemical compounds. Many species of trees have distinct species of associated soil organisms,” he explained.

Soil maintains stability when soil particles are bound together by bacterial activity, and the reduction of bacterial activity could thereby result in the loosening of soil. Soil colloids, being the active constituent of the soil, determine physical and chemical properties of the soil, without which most vital nutrients would be leached out of the soil by percolating (a liquid slowly passing through a filter) water and carried away in streams.

Ultimately, with the discarding of the topsoil cover, desertification is the likely effect. “As soon as the organic matter goes, the clay goes,” he explained. It is thereby important to shed light on methods one could resort to in order to bring back the soil cover to life. Conservationists such as Dr. Senanayake have been working around this very facet to essentially build the soil. This is done through long-term inputs into the soil, as the mere addition of compost would be insufficient. “When life comes back, when the worms come back, it indicates that we have gained back what we lost.”

Please click here to view the source article in the morning