HomePress releasesThe Five Places That Stole My Heart in 2018

The Five Places That Stole My Heart in 2018 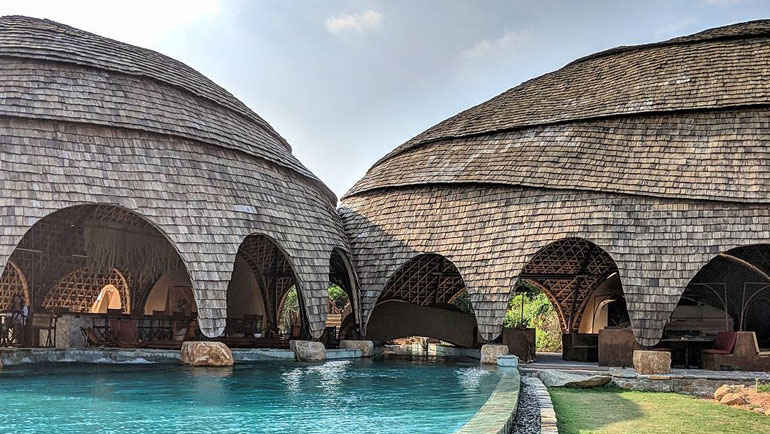 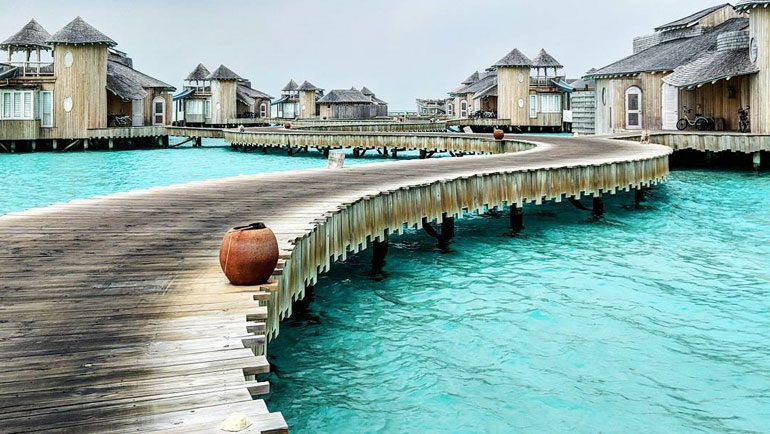 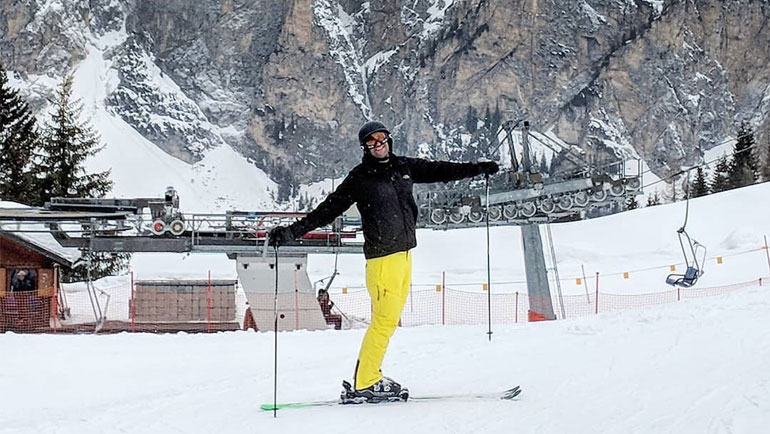 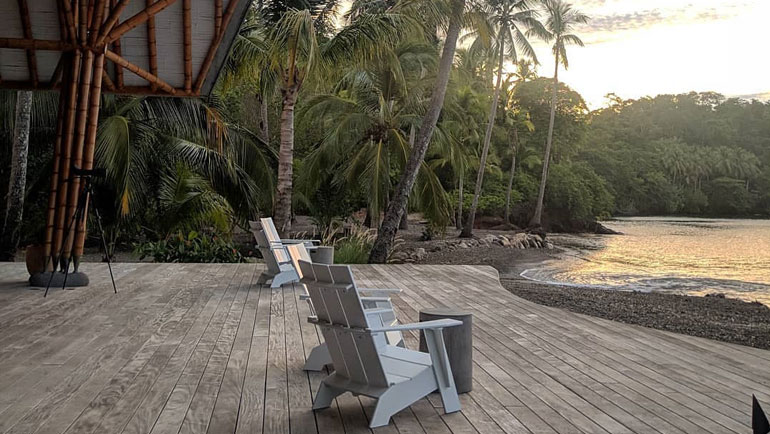 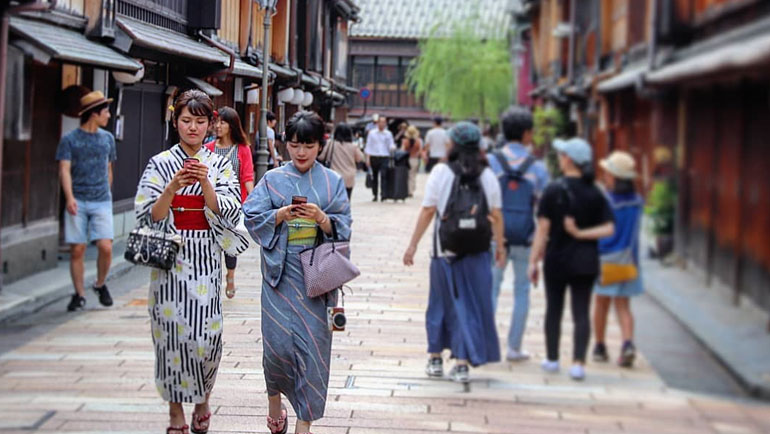 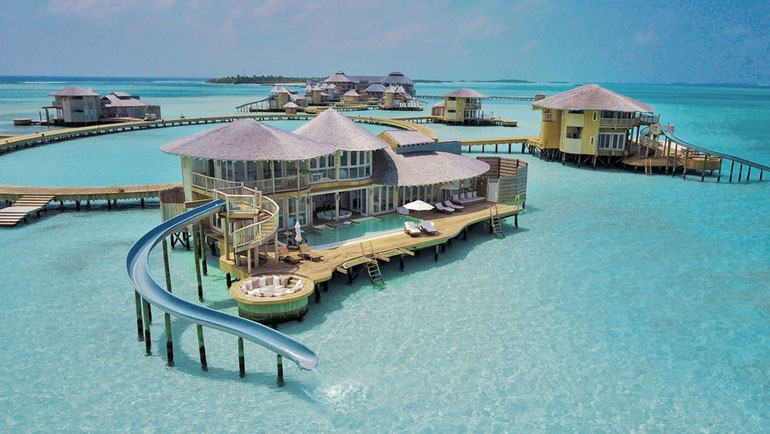 It’s always a whirlwind year of traveling when your job is to suss out the world’s most ambitious hotels and bucket list-worthy vacations. And while there were many individual moments that I’ll cherish from my travels in 2018—such as the benevolent spa therapist at Faena Miami Beach who practically raised me from the dead after a brutal conference—these are the destinations that made the most lasting impressions. I know I’ll return to all of them; follow in my footsteps and you likely will, too.

Conservation is an issue that’s close to my heart, so I was instantly drawn to the story of a billionaire who had acquired an entire archipelago off the Pacific coast of Panama, only to protect it from future development.

The glamorous castaway vibe starts when you land in the remote town of David, near the Costa Rican border, where guests are picked up in a no-frills boat (but offered Champagne on the spot). Then it’s off to Isla Cavada, where Louis Bacon now owns a nine-villa, ultra-luxury resort. The property, Islas Secas, is made for people like me who love to be on boats and in the water. I spent my days snorkeling, swimming in isolated beaches, exploring national parks, and “seabobbing” around the 14-island chain and the areas just beyond it. (What’s a seabob, you ask? It’s an expensive motorized kickboard that works above and below the water’s surface—and it’s tons of fun to play with.)

The whole trip also gave me an excuse to check out the Havana-esque scene in Panama City, where I had my most memorable meal of the year: a tasting menu at Donde José, highlighting the indigenous recipes of this legendary global crossroads.

I’d never really been curious about the Maldives. Having been raised in Miami, crisscrossing the globe just for a beach trip never felt worth it. But when I realized I’d be a half-hour’s flight away from the Maldivian capital of Malé while reporting a story on Sri Lanka’s luxury coming-of-age (see below), I couldn’t not take a detour.

The Maldives, it turns out, is not about the beaches. It’s about seclusion. From the deck of my duplex villa at Soneva Jani, there was nothing but still, turquoise ocean as far as the eye could see. And the water was so shallow, so clear, you could seemingly run a marathon toward the horizon without getting more than waist-deep, always surrounded by needlefish and the occasional school of colorful underwater critters. It was so shallow, in fact, that the private water slide in my room was safe only to operate at high tide.

Which leads me to the Maldives’s second calling card: The hoteliers here pull out more stops than anywhere else in the world. Apart from the water slide, my villa had a retractable roof over the bed and a walk-in pantry stocked with gummy bears, booze, and SPF 30. Of course, it all costs a pretty penny—as does every glass of wine, since alcohol imports are heavily taxed in the primarily Muslim country. But it’s unlike anything else in the world.

My first deep dive into Japan would probably rank on my all-time top-five-trips list, which tells you something about the quality of these last few destinations.

As with the safari I took two years ago, Japan was a trip that I’d been mulling for the better part of a decade—one that required my husband and me to save up ample vacation days (nearly three weeks’ worth) and a budget to match. We had soy sauce ice cream in Kanazawa (it’s better than it sounds), impeccable tempura in Tokyo, oysters the size of my whole hand in Miyajima, and a Japanese kaiseki meal prepared entirely in a brick oven in Kyoto. We bought authentic Japanese denim in the ultra-charming town of Kurashiki, learned to make raku-style pottery and meditate with a Buddhist monk, and slurped buckwheat noodles made from home-milled flour in a tiny town near Shirakawa-Go. Every morning at Auberge Maki No Oto, we were served rice grown on the hotel owner’s farm in Takayama; at Ryokan Kurashiki, the general manager doubled as our personal guide. It was an intimate look at a country that’s too often seen as difficult to access—but is actually incredibly warm, welcoming, and easy to navigate.

Of course, insider access helps: we used Black Tomato as our travel agent for a running start, then added a few experiences recommended from industry friends at Remote Lands and Ryokan Collection. I’d recommend booking with any of them for a truly next-level trip.

The world is so large, I try to avoid going the same place twice. But with the Dolomites, in northern Italy, I’ll break that rule again and again.

I’ve never had a better ski lunch than the one at Rifugio Averau, a mountain hut in the Cinque Torri region (not to be confused with Cinque Terre on Italy’s west coast), where a roughly €15 ( $ 17) pasta platter came heaped with impeccable speck tortelloni and hand-cut pappardelle al ragu. Closer to the Austrian border, in the town of San Cassiano, the menus gravitate more toward schnitzel and streusel—a curious culinary divide. And everywhere, the base lodges had thick, sipping chocolate topped with panna, that lightly sweetened Italian cream. (You’re not going to the right places if you think skiing isn’t a gateway to good eating.)

As for the slopes? They proved ideal for my taste: plenty of gentle, scenic terrain interspersed with not overly challenging steeps and intermediate-friendly circuits. (As a bonus, we never waited more than a minute or two to get on the lifts.) And what sounds like a catch was really a perk. Fewer ski-in, ski-out hotels make you need wheels to get around, but driving from town to town opens up a world of cultural contrasts and jaw-dropping panoramas. Add a growing list of luxury accommodations, from Ciasa Salares to Rosa Alpina to Cristallo, a Luxury Collection hotel in the luxury town of Cortina, and it’s no wonder that the Dolomites warrant regular, if not annual, returns.

There are so many reasons we travel: to get away, to expand our horizons, to spend time with family, to relax. Sri Lanka delivers on any of those counts, but it also goes so much deeper.

Sure, the beaches in Galle are as pristine as those anywhere in Southeast Asia. A safari drive through Yala National Park can get you leopard and elephant sightings, plus up-close-and-personal time with majestic peacocks and feisty macaques. And a lazy day in tea country can unlock meaningful conversations about civil war, social progress, and the power of tiny white-tipped plants to transform economies and lives. Seaplanes—and resorts by the trailblazing luxury hotelier Resplendent Ceylon—connect all these disparate locations into a tight and mesmerizing web, with facets so distinct it’s unclear how they all fit together on a single island.

It turns out that the connective tissue, though, is exactly what makes Sri Lanka so special. All around the country, tourism is unlocking tremendous opportunity; locals are invested in preserving and showcasing their culture and the natural assets they’ve been blessed with, and travel industry trailblazers such as Malik Fernando are giving them the toolkit and platform to do just that. It’s impossible to visit without becoming invested in the country’s upward mobility, to be moved by the community development and conservation initiatives pushing Sri Lanka forward, or to resist the temptation to extend your itinerary to see even more. Its abundance—of experiences, of generosity, of optimism—left me recharged, reinvigorated, and uplifted. In an era when so many of us travel just to get away from the daily grind of work and politics, nothing could be more impactful.