The Economic Impacts of Climate Change in Sri Lanka 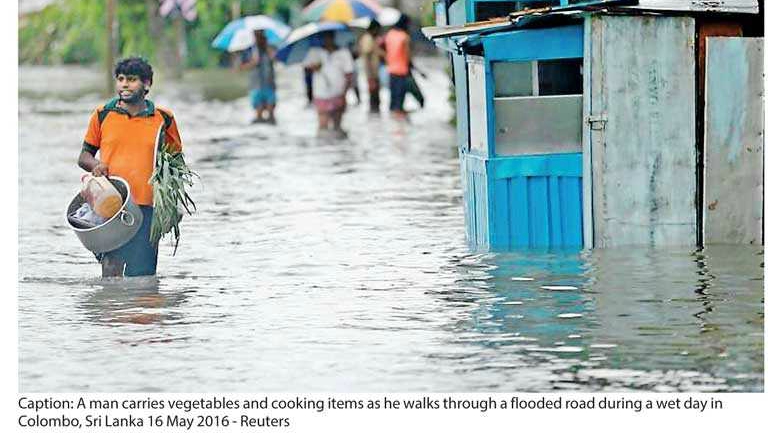 Sri Lanka’s vulnerability to climate change is exacerbated by its status as a small island nation. Twenty-five percent of the country’s population resides along the coastal belt and is dependent on the tourism industry, seaports, fisheries and agricultural sector.

The tourism industry, which is the third largest contributor to per capita income, is centred chiefly in the coastal areas with 70% of its infrastructure based in the region. The threats posed by climate change thus puts the livelihood of the coastal communities, both urban and rural, at risk, inadvertently posing a threat to the country’s economy. These industries located centrally in the coastal region account for nearly 43% of the country’s GDP, making it a cogwheel that drives the national economy.

Sri Lanka experienced a deceleration in its real GDP growth in 2017, as the country’s agricultural economy was struck by the then prevailing weather conditions. The Economist, in an article published in the same year, linked the country’s economic downtrend partially to climate change, attributing it to floods, landslides and droughts the island struggled against. Sri Lanka’s real GDP, which maintained an average 4.7% from 2014-2016, fell steeply to 3.9% during the first half of 2017 and closed at 3.1% towards the latter part of the year.

Although Sri Lanka accounts for less than 1% of global greenhouse gas emissions, owing to its geo-climatological position, it is highly susceptible to climatic fluctuations. Thirty percent of Sri Lanka’s population employed in the agricultural sector is particularly vulnerable to the effects of the changing food prices and increasing food insecurity. A Ricardian evaluation of the Sri Lankan agricultural scenario by Yale University professors determined that the impact of temperature change and rainfall could vary between Rs. 11 billion and Rs. 39 billion, depending on the outcome of the weather.

The opportunity for climate investment

As the economy’s most powerful and largest source of spending power, businesses have an opportunity to take the lead and invest in a climate-smart future, be it through the generation of renewable energy, green infrastructure or scaling up carbon capture and storage.

According to an article published by the We Mean Business Coalition, leading businesses that are taking climate action have benefitted from an average 27% internal rate of return on their low carbon investments.

The National Adaptation Plan recognises that collaborative efforts by key stakeholders, which include the government sector, corporate sector, academics, researchers, small and medium-sized enterprise (SMEs), civil society organisations along with local community-based approaches, can deliver the ultimate objective of enhancing the adaptive capacity of sections of society that are highly vulnerable to the impact of climate change.

“The private sector counts for approximately about 68% of investments made in the South Asian region. Up to 80% of the population in the region depend on the income generated by the private sector. It contributes substantially to climate finance flows both at the global and regional levels. Yet the contributions made to adaptation specific activities is a fraction and mostly confined to the insurance industry. There is an urgent need to enhance the role of private sector involvement through appropriate policy measures and targeted interventions,” says Dr. Nambi Appadurai, India Adaptation Strategy Head for the Climate Resilience Practice, World Resources Institute, India.

Recognising the critical need for private sector involvement in climate adaptation, Dilmah Conservation, in collaboration with Global Compact Network Sri Lanka and Biodiversity Sri Lanka, will initiate a national dialogue on the threats, responses and opportunities presented by the changing climate on 31 July at the BMICH. The forum will be the first in a series of events that will look towards options of adaptation of and opportunities for climate innovation for Sri Lanka which can be achieved through the active participation of corporate sectors, academia and other stakeholders.

Dr. Appadurai, who is currently exploring ways to integrate adaptation practices into development processes at the national and community levels, will deliver the keynote address. He will speak from his experience of working in climate risk management and adaptation in Asia and Africa on the options available for Sri Lanka. Taxonomist and former Chairman of Sri Lanka Tea Board, Dr. Rohan Pethiyagoda, and Climate Resilience expert Wasantha Dissanayake will share their insight on the implications of climate change and strategies on climate adaptation for Sri Lanka.

UNGC Chair Dilhan C. Fernando, explaining the purpose of the event, said: “This initiative is intended to build a nationwide dialogue on what we should expect and prepare us for that reality, whilst also understanding that there is opportunity in this adversity, through the adoption of climate-smart agriculture and designing and promoting climate innovation. As businesses, we have a responsibility to understand this phenomenon and the responses and adaptation we can adopt to help mitigate the cataclysmic consequences of ignoring the reality.”

The inaugural climate reality event is organised with the involvement of the Ministry of Mahaweli Development and Environment, Biodiversity Sri Lanka, CITRA Lab and the MJF Charitable Foundation. Following the keynote address, Biodiversity Sri Lanka and Sri Lanka’s first social innovation lab CITRA Lab, which is jointly funded by the UNDP and the Ministry of Science and Technology, will facilitate a dialogue among corporate sector entities, both established and upcoming, to define the next steps and recommendations for business, individuals and government.

Click here to view the original article published in DailyFT