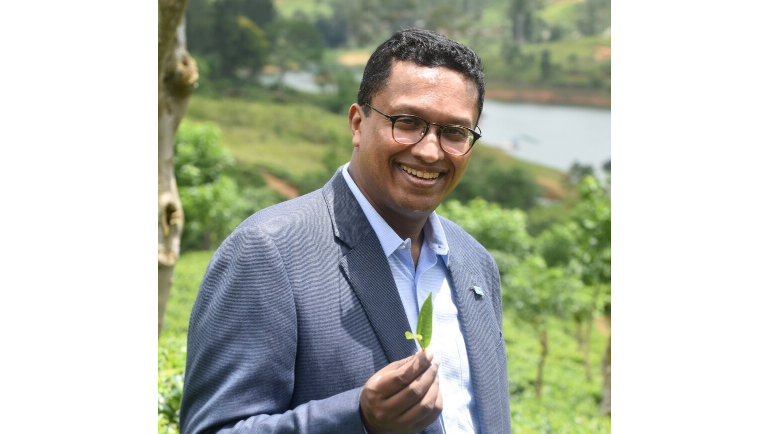 Colombo, November. 1 (Xinhua): People are pinning hope on a major breakthrough at the 26th United Nations Climate Change Conference (COP26) due to the failures in building a unified and global response to climate change in the last two decades, a Sri Lanka-based conservation activist has said.

The COP26 or the first conference after the five-year review cycle under the Paris Agreement on climate change reached in 2015, kicked off on Sunday in Glasgow, Scotland. Global leaders are expected to review overall progress and plan future actions at the meeting delayed for a year due to the COVID-19 pandemic.

In an interview with Xinhua, Dilhan Fernando, CEO of Dilmah Tea, said that Sri Lanka has suffered multiple economic challenges, and he called for international support in the form of climate finance and technology transfer to build renewable energy options, strengthen waste-to-energy systems, upgrade electricity distribution, or modernize public transport.

In his opinion, Sri Lanka and other climate-vulnerable countries are anticipating a major breakthrough at COP26.

“Without exaggeration, therefore, everything depends on COP26 … Some of the collaboration and actions proposed in COP26 are critical for Sri Lanka,” Fernando said.

Sri Lanka is a signatory of the Paris Agreement on climate change, and the current government has committed to generating 70 percent of energy supply from renewable sources by 2030. Sri Lankan President Gotabaya Rajapaksa announced in September that the South Asian country would suspend building new coal energy capacity and target achieving carbon neutrality by 2050.

Fernando noted that Sri Lanka has a low per capita carbon emission of around 1.02 tons and a cumulative global contribution at 0.03 percent, but it ranks among the countries at very high risk of extreme weather events according to the Global Climate Risk Index.

Fernando is also director of Dilmah Conservation, which is actively involved in advocacy for biodiversity conservation in Sri Lanka and has undertaken projects to create eco-friendly tea gardens and encourage sustainable energy generation.

Fernando said that he thinks climate change threatens Sri Lanka’s economic development in a range of sectors including agriculture, fisheries, livestock, and tourism. He believes that urgent intervention is needed to enhance climate resilience.

“The tourism appeal of Sri Lanka is significantly connected with its biodiversity, particularly where luxury or ecotourism is concerned. Sri Lanka’s wealth lies in its beaches, forests, national parks, and culture which is intertwined with nature,” Fernando said.

In his opinion, “For Sri Lanka’s rural economy to continue to sustain the majority of the country’s population, the agriculture sector needs to be realigned to strengthen its resilience to climate change.”

This article was taken from NewsIn Asia