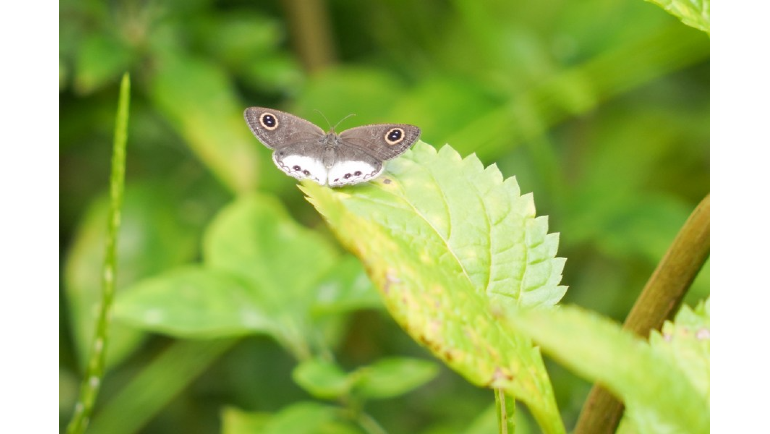 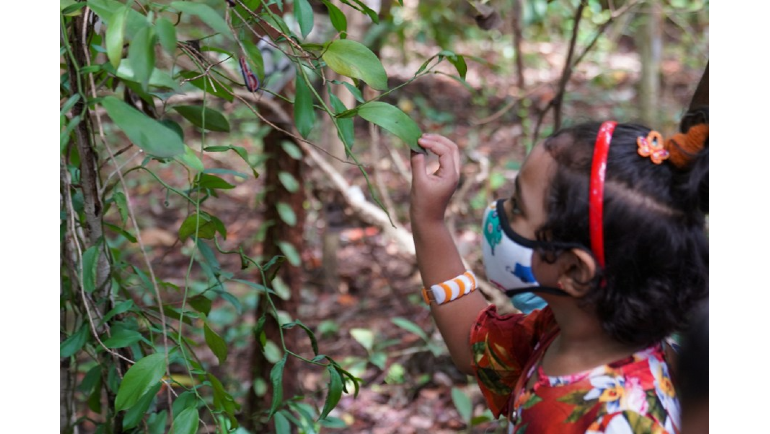 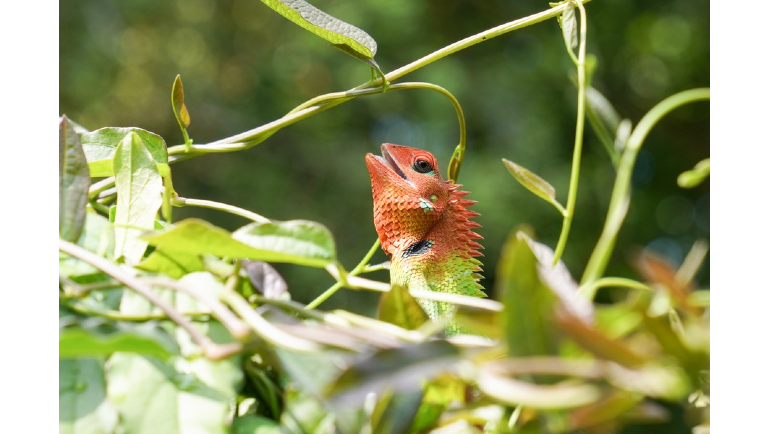 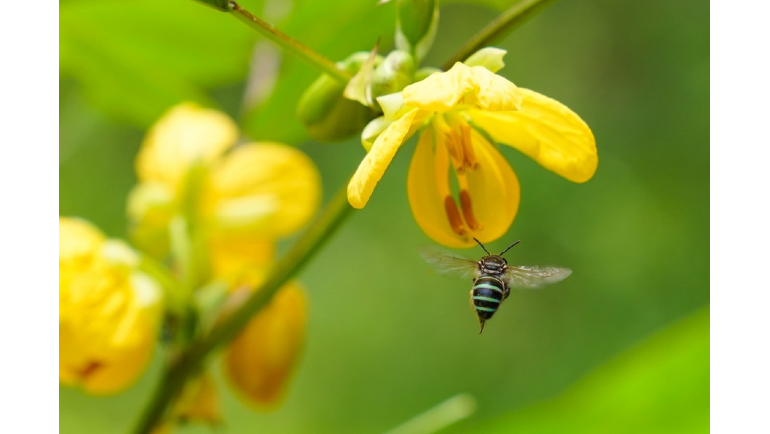 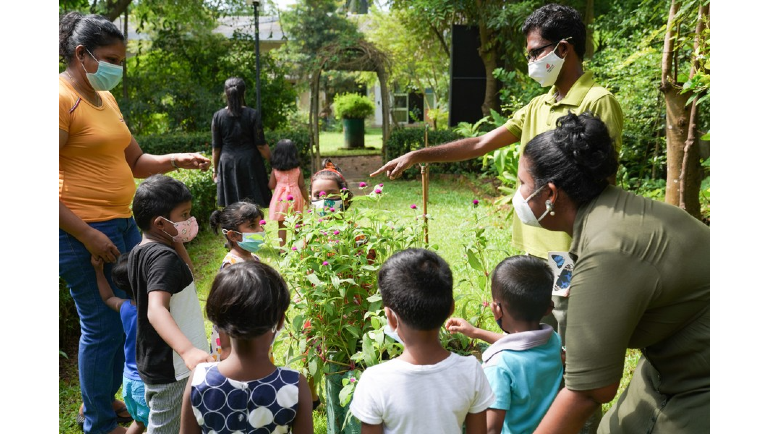 COLOMBO, Oct. 23 (Xinhua) -- Butterflies flit among flowers and excited kids run trying to catch the elusive, gorgeously clad beauties in a garden located on the outskirts of Colombo, the capital of Sri Lanka.

"These beautiful butterflies are transformed from the unattractive caterpillars we just saw in the garden," Ms. Shamodi Nanayakkara, manager for sustainability and conservation at Dilmah Ceylon Tea Company, told the children on a visit to the open-air butterfly garden.

Most of the butterflies in Sri Lanka are species native to the island country, where the ecological environment for them has been deteriorating due to various factors including climate change and urbanization.

To provide a habitat for butterflies, in 2011, founder of the Dilmah tea company, Merrill Fernando, who is a keen advocate of biodiversity conservation, opened Sri Lanka's first urban butterfly garden in Moratuwa, south of Colombo.

The 750 square meters garden is home to a lot of butterflies.

"So far 248 species of butterflies have been found in Sri Lanka, and this garden has 59 species," Nanayakkara, who has a master's degree in environmental science, told the children.

"Butterflies live on plants. They lay their eggs on specific host plants and take nectar from specific nectar plants, which means there are at least 59 species of plants suitable for butterflies in our butterfly garden here," she explained.

Nanayakkara said that with the help of entomologists and botanists, the butterfly garden has carefully selected dozens of kinds of plants to grow in order to attract a variety of butterfly species and offer them a favorable breeding site.

"Look, the plants on which the garden lizard is standing is related to Sri Lanka's national butterfly -- the 'Sri Lankan Birdwing'," she said.

As it was reported by the Sunday Times in 2010, the Sri Lankan Birdwing has been named the country's national butterfly because the black and yellow butterfly is endemic in the South Asian country and is also the largest butterfly found on the island.


The butterfly garden is now an important sanctuary too for other species of insects, birds, and reptiles, Nanayakkara said.

Adjacent to the butterfly garden is a miniature botanical garden called "One Earth Arboretum" created by Dilmah in 2017, which houses 300 species of trees and other plants.

"Initially, 500 species of trees were sent to the mini botanical garden for trial planting, but many did not survive because they could not adapt to the unique nature of Moratuwa's habitat. Tree repositioning was a major problem. Through trial and error, we ended up with the current 300 tree species," Nanayakkara said.

It is noticeable that almost every tree in the garden has a QR code, which can be scanned by a mobile phone for people to quickly learn the relevant information. This enables visiting the botanical garden to be a very educational experience.

A kid visitor asked: "Why don't you clean the heap of leaves on the ground in the garden? There are some insects on the trees and on the ground. Are they harmful to the trees?"

"No," said Nanayakkara and went on to explain why. "We intentionally leave these leaves on the ground, because when they decompose they help to increase the nutrients in the soil."

"The insects' function here is to help with the initial decomposition of these leaves. A botanical garden is like a fine restaurant for these insects because it is harmless and co-exists with the environment. And because of the insects, we don't have to put any fertilizer in the garden. We leave the forest in its natural state," she said further.

"Sri Lanka is famous for its ancient irrigation system, and our mission is to keep this tradition alive and display it to the current generation," Nanayakkara said.

Adding to her remarks, Spencer Manuelpillai, senior brand marketing manager at Dilma Ceylon Tea said: "We hope to promote environmental protection in various ways, educate and enlighten the urban population, especially the younger generation, to appreciate and understand the value of conserving biological species including butterflies and trees to human beings."

This article was taken from Xinhua Net