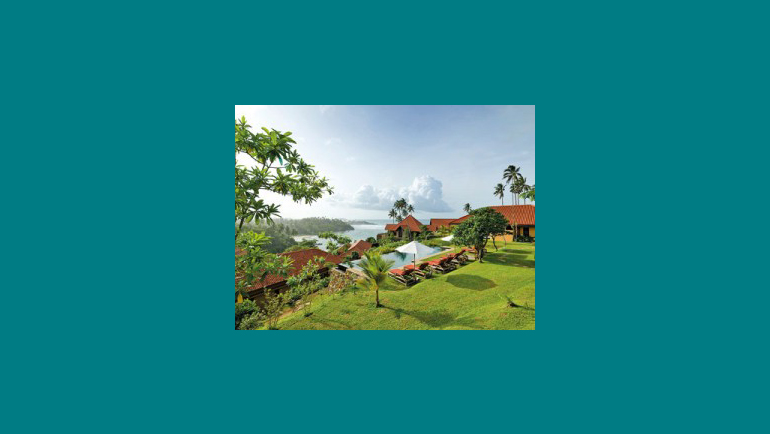 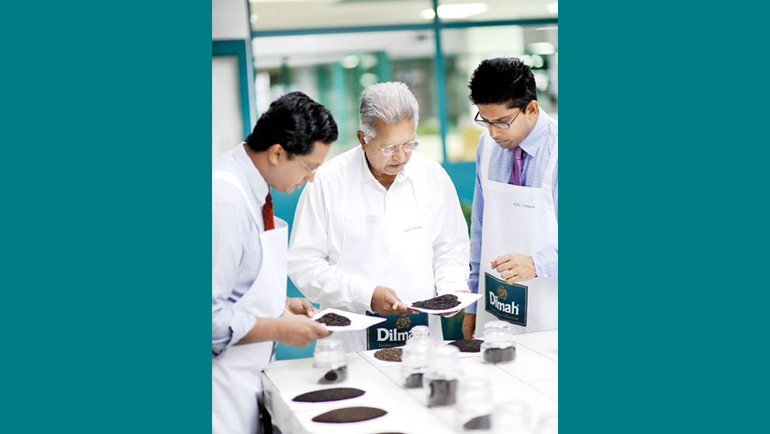 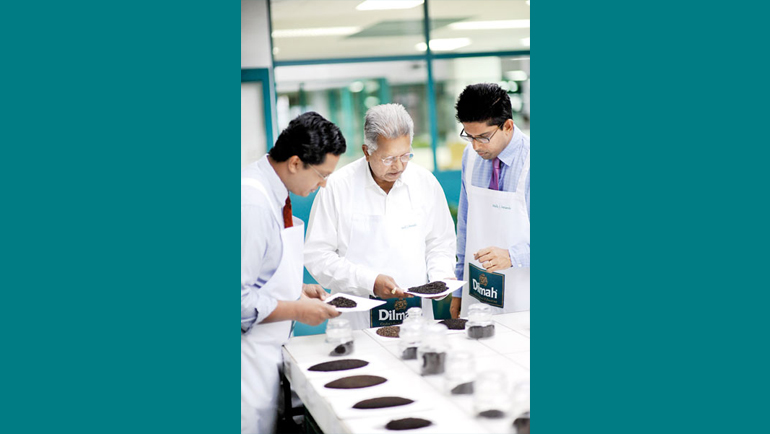 A top Sri Lankan branded tea producer has raised concerns over what it calls “the prevailing discount culture in the retail industry’, arguing this has destroyed quality in most product categories.

“Discounts to the extent most retailers demand now, come at a significant cost to customers and similarly to producers. The perceived short term benefit of cheap prices come at the longer term cost in the form of the lowest quality of merchandise. In the case of tea, most leading suppliers do not state, what is inside their packets of tea, which enables them to reduce the quality of tea and meet discounts demanded by retailers, whilst ensuring their margins remain intact,” says Merrill J. Fernando, founder and chairman of Dilmah Tea in the company’s latest 2016/2017 annual report released this week.

The discount-mania has invaded every retail sector like clothes stores, large shopping malls, supermarkets with daily discounts on food items, hotel rooms, white goods (refrigerators, washing machines, TVs), etc. These are not only seasonal discounts (New Year or Christmas) but right through the year.

Fernando, arguably the biggest proponent of single origin Ceylon Tea, says that about 30 years ago, every one of these (tea) brands had to declare the origins of their tea on every single pack.

Its absence today, he laments, enables them to blend tea to meet price points demanded by retailers.

“Quality depends on the price retailers are willing to pay. Very few smaller brands of tea, packed at origin, made this declaration. Among global brands, Dilmah tea alone declares its origin on its packs.”

He says that Dilmah provides customers with the same integrity, freshness and quality of ethically produced tea, today, as it did at the inception, and will continue to do so.
“We are unable to participate in the discount culture that big brands thrive on since Dilmah was established with a commitment to quality, natural goodness and ethics. Not surprisingly, consumers are beginning to discover these facts now with increasing scrutiny of quality, chemical residues, etc,” the 87 year-old tea industry veteran, who is preparing his two sons to take a larger role in the company, said in the report.

Last week, the company announced a structural change in the management with Dilhan C. Fernando (earlier Director Marketing) being appointed CEO of Dilmah Tea while his elder brother Malik J. Fernando (earlier Director Operations) takes on a larger role of CEO of MJF Leisure Ltd (part of the group), both taking on bigger management responsibilities. This is addition to both serving on the boards of directors of group companies.

The source said that Malik J. Fernando’s focus on leisure comes owing to his avid interest in the leisure sector, building the Ceylon Tea Trails bungalows to be a world-class boutique resort, and many other ‘adventures’ in the pipeline. The older Fernando started his company MJF many decades back before establishing the Dilmah (single origin) tea brand, which then took the world by storm and is Sri Lanka’s best known global brand apart from Sri Lankan cricket.

In terms of financial results, the company recorded a few setbacks with turnover marginally up by 8 per cent to Rs. 7.3 billion while pre-tax profit fell to Rs. 964 million against Rs.1.8 billion in the 2015/16 period. Post tax profit also dropped sharply to Rs. 827 million from Rs. 1.6 billion earlier.

The decline in profit was caused by the inability to increase Dilmah tea prices, in line with higher cost of tea. Retailers globally do not entertain price increases, while their own profit margins tend to grow. The present plight of all suppliers is aggravated by retailers’ demand for promotional activities, at high cost, the report said.

Mr. Fernando, in his chairman’s review, said disastrous weather conditions, in severe floods followed by an equally severe drought, impacted heavily on tea crops, in the second half of the financial year.

The shortfall in crop created very steep prices, hitherto unseen in the history of the Sri Lankan tea industry, with lower crops seeing a 46 per cent gain in prices. “In this situation the comforting factor for our tea industry was the fact that high prices did not drive overseas buyers away to cheaper sources; they met market prices in their commitment to fine quality Ceylon Tea. That situation did however weigh heavily on Dilmah Single Origin Tea, as it is sold to supermarkets which do not entertain requests for price increases in the short term, for whatever reason. The resulting loss was very significant,” he said.

The report said that while much is said about CSR and alleviation of poverty, action beyond attempts at enforcement on the producer have been negligible.

All major buyers of tea and other merchandise seek guarantees from suppliers about the treatment of workers and facilities provided to them. “Several companies do much more than buyers’ expectations. Not surprisingly, when prices are discussed, many of them do not differentiate between good and bad suppliers, but only focus on the lowest price. They want to buy the cheapest and benefit from all the good things they demand whilst making no contribution towards them. This is how, much hyped CSR and poverty alleviation are reflected, in reality,” Mr. Fernando noted.

The report also refers to the establishment of the Dilmah Conservational Centre for Climate Change Research and Adaptation and the Dilmah Conservation-initiated Biodiversity Sri Lanka, in partnership with IUCN and the Ceylon Chamber of Commerce among initiatives and commitment towards protecting the environment.

Together with the MJF Foundation, Dilmah was also responsible for humanitarian projects that have honoured that same commitment in the humanitarian dimension. These have impacted the lives of tea plantation workers through health and nutritional programmes amongst mothers and children, childcare and development, and empowerment of youth through vocational training. “The Gold medal that W. Dinesh, son of a tea plucker in Ratnapura, received in the Bocuse d’Or national Selection – the world’s most prestigious live cooking competition – is evidence of the effectiveness of these programmes,” Mr Fernando recalled. Discussing the sustainability of the tea industry which celebrates 150 years in 2017 this year, he said the performance of regional plantation companies’ (RPCs) is finally being assessed.

“In the greater interests of Ceylon Tea, poor performers must be replaced. These companies were entrusted with the responsibility of developing plantations, not to exploit them. Some RPCs can be proud of their achievements for the industry. Few however, have ruthlessly exploited them. In reallocating RPCs performance, it would be advisable to entrust them to companies which have a genuine commitment to the industry. In doing so, clear guidelines and directions on management and development should be in place. Monitoring of their performance should be entrusted to ex-planters who still have love and passion for plantations, to which they devoted the better part of their lives,” Mr. Fernando advocated.

He urged the Government to exit from controlling the plantation industry and entrust it to a “Plantations Authority” for progressive administration and management, under a clear mandate. It is impractical for the government to control the largest industry in the country, while talking of handing corporations over to the private sector, he said.

Mr. Fernando said the future of Ceylon Tea is in the export of branded, value added tea. Although, it is claimed that, 40 per cent of exports are in value added form today, a significant percentage of that 40 per cent is supplied under foreign-owned brand names, he argued.

“Supplying value added tea, under importers brand names is far worse than supplying tea in bulk since such brands become our competitors, sooner or later. In previous statements I expressed that same prediction in connection with the opportunity we had to build a vibrant and high quality Ceylon Tea market in Russia. Regrettably, in the rush to supply own label tea to Russian importers, that potential was lost,” he said.

The politicisation of the burning issue of labour wages has been debilitating for the industry, he pointed out, adding that workers, smallholders and RPCs face a common reality today and in order to overcome the challenges in the marketplace, “we need to abandon the confrontational relationship that has developed over the years and build a collaborative basis for the future. That is the only way we can direct our shared destiny”.