HomePress releasesProwling in tea country to save the leopard

Prowling in tea country to save the leopard 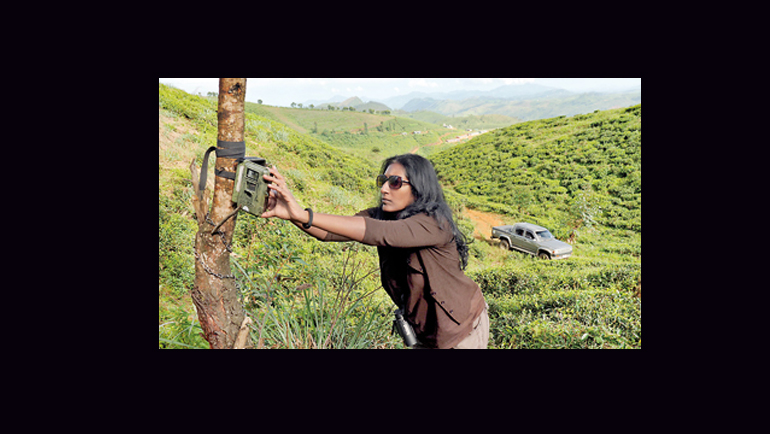 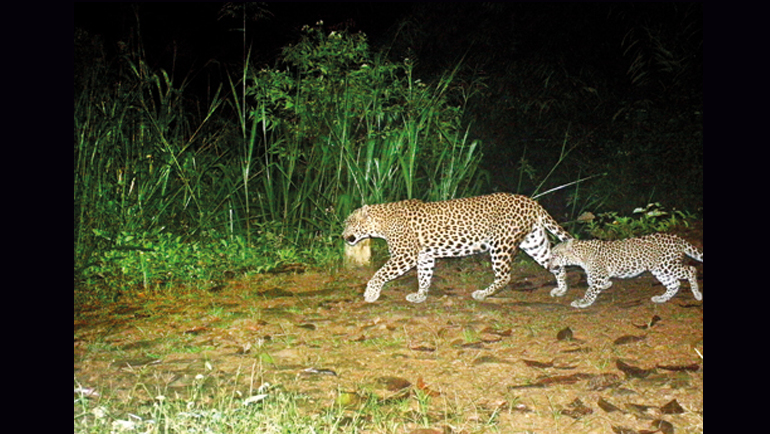 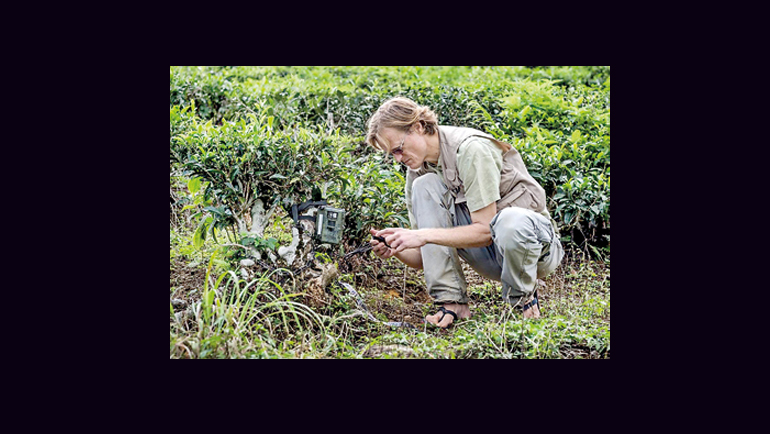 Stunning, sleek and spectacular, yet powerful and graceful, are these tawny and spotted creatures as they stride along the mountain ridges, masters of all they survey.

Let them live………protect their territory, will be the earnest and fervent plea to tea companies in the Central Highlands on behalf of Sri Lanka’s biggest predator – our very own Big Cat, the leopard.

Panthera pardus kotiya which is a sub-species unique to the country, not found anywhere else in the world, is tragically an endangered species.

This impassioned plea will go out to the tea industry on Tuesday from Founding Trustees Anjali Watson and Dr. Andrew Kittle of the Wilderness and Wildlife Conservation Trust (WWCT), who have been following the pug-marks, picking up the scat and surreptitiously ‘stalking’ these beauties wherever they are spread across the island, since the early 2000s and more recently in the Highlands.

Having established that leopards are very much a part of the composite landscape of the Highlands, a “new and mixed protection” is what they are proposing for the ridges to give a fighting chance for leopard survival.

It is this novel initiative not only to protect leopards but all wildlife in the area drawn up with the support of Biodiversity Sri Lanka (a national platform driven by the private sector to promote environmental conservation), that they hope will become a reality with tea plantation owners taking it as their own with guidance from the Department of Wildlife Conservation (DWC) and the Forest Department (FD).

The tea companies have been fully supportive of the original study and some of the early measures proposed and Anjali and Andrew are hopeful that the initiative will be taken to a different level.

It comes at a time when the United Nations (UN) celebrated World Wildlife Day on March 3 on the theme, ‘Big Cats – Predators under threat’.

Anjali and Andrew turned their gaze towards the unprotected areas of Hapugastenna, Maskeliya, Upcot, Norwood and the Bogawantalawa Valley, bordering the Peak Wilderness when eight leopard-deaths reported from the area in early 2016, shook their very being.

This area is also the watershed forest for the Castlereigh and Maskeliya reservoirs and Anjali is confident that tea companies battered by low rainfall know the necessity to protect it.

The leopard is a charismatic apex predator, playing a vital ecological role. Having already studied these elusive creatures in the Horton Plains National Park and the Peak Wilderness, both Protected Areas, working closely with the DWC and the FD, the duo launched their study in the bowl-shaped Bogawantalawa area replete with carpets of tea as far as the eye can see and lots of people.

The area has a ‘matrix’ of tea estates, eucalyptus and pinus plantations, riverine and ridge forests, grasslands, forest corridors and borders of the Peak Sanctuary and the study focus was simple but important for the conservation not only of the leopard but all biodiversity.

“We wanted to better understand the ecology and movement of the Highland leopards within this mixed landscape,” says Anjali.

A meeting among the tea companies, the DWC and Anjali and Andrew at the Colombo Office of the International Union for Conservation of Nature (IUCN) was the positive precursor to the research which got underway in August 2016, with the estate managements and the ground staff giving unstinting cooperation.

Fanning out from the Dunkeld Conservation Station which was the base generously provided to them by the Dilmah Tea Company’s leisure arm, Resplendent Ceylon, they carried out the field work which is still continuing, on 34 estates/divisions covering 750 sqkms, ranging from Hapugastenna in the west to the Bogawantalawa Valley in the east and Castlereigh in the north to the inside edge of the Peak Wilderness in the south.

Meticulously, they collected data by speaking to the people, clambering up slopes to set up remote cameras, 70 in all, to capture these felines, scooping up scat for analysis and peering closely at pug-marks. It was not only the leopard density that they studied but also the diversity of other mammals and their abundance which would be a pointer to what the Big Cat predators pounced on as prey.

“One of our goals was to figure out where the leopards are – their presence or absence and along with the setting up of cameras we too walked through the area looking for signs, scrapes and pug marks. The photographs captured by the cameras help us estimate leopard density in that particular landscape and enable the identification of individuals based on the spotting patterns,” says Andrew, referring to density estimate studies from August 2016 to August 2017.

Regarding leopard behaviour in the area, Anjali says that they are resorting to “temporal niche partitioning” by using time separation – the leopards avoid the daytime as there is high human activity then, becoming active at night.

The charges against the voiceless leopards that they were preying on domestic animals such as dogs, Anjali gently refutes, explaining that scat-analysis indicates otherwise. In the leopards’ diet, domestic animals constitute only a small percentage when compared to wild prey.

This is why Anjali and Andrew are urging human-wildlife including leopard co-existence as estate workers are given their own homes with plots of land and engage in cultivating more vegetable plots and independent tea plucking.

Their plea to tea companies

Leave the ridge-lines and riverine areas free of housing so that the females can live and breed there, is what Anjali is encouraging tea companies to think of when developing the landscape within their estates, while making room for ‘corridors’ connecting forest patches so that the males can roam free.

For, the findings of Anjali and Andrew are an eye-opener – leopards have been detected in 88% of the 34 tea estates/divisions so far. Of the 29 spotted, eight are males, 17 females and four cubs, while more are being sighted.

Andrew is quick to point out that lack of detection is not absence of leopards in the balance landscape as cubs are rarely caught on remote cameras.

The study has also found two of the three wild Small Cats found in Sri Lanka, the fishing cat and the rusty-spotted cat, in 50% of the estates surveyed.

Twenty-one species of wild mammals are frequenting this area providing evidence of a “heavily” mixed landscape. The wildlife ranging from big to small including sambhur, barking deer, mouse deer, purple-faced langur, toque macaque, several species of civet, pangolin and black-naped hare, is indicative of the leopards having adequate prey.

To safeguard the wildlife including the leopard, while also bringing about sustainable development, Anjali and Andrew point out that housing, buildings and dairy initiatives should be in areas not frequented by wildlife. Such activity should not interrupt the continuum of forest lands.

Anjali also says that work on the land should be restricted to daytime hours to prevent leopard-human encounters. If, however, people are active early morning or late evening when leopards are also on the move, there should be vigilance to reduce possible conflicts.

While seeking the support of estate managements to prevent people from snaring and hunting and also setting fire to the land, they suggest the continuation of awareness campaigns already being carried out on the importance of wildlife in the ecosystem.

These will be some of the issues that the WWCT will discuss with the plantation companies which are already bent on protecting the environment, when along with Dilmah Conservation, Anjali and Andrew present ‘Predators under threat: Creating a new protected area for Leopard Conservation and Biodiversity in the Central Highlands’ on Tuesday.

Please Click here to View the Original Article in The Sunday Times.