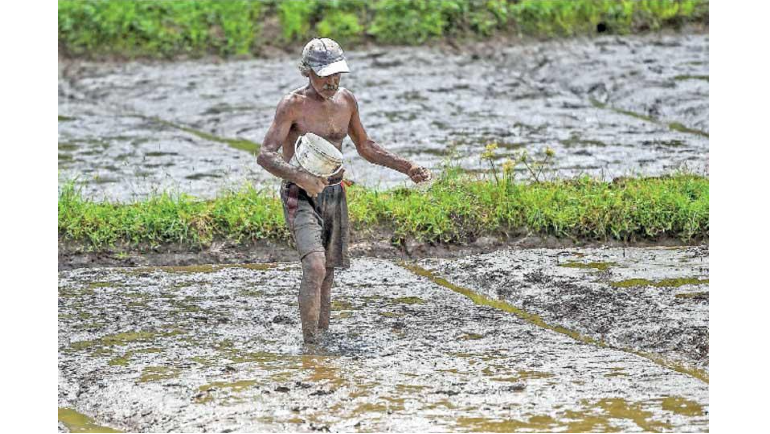 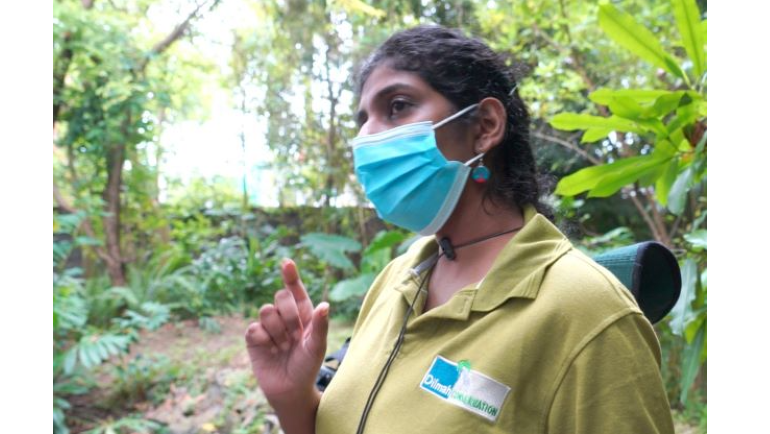 
The co-option of the private sector is a welcome development, as inclusivity is key to the success of any national project. Hopefully, the Task Force will also address the kindred issue of conserving Sri Lanka’s endangered bio-diversity. Here too, the private sector could be roped in with inspiration drawn from the work of Dilmah Tea.


Expectations from the Task Force are comprehensive and have been laid out clearly. It is responsible for formulating a systematic programme for sustainable maintenance of green agriculture; identifying the organic fertilizer required for various crops and improving the quality of such fertilizer production; producing pesticides and weedicides locally; identifying methodologies and monitoring mechanism for importing the limited scale possible shortages with high standards on the approval of the Sri Lanka Standards Institute in meeting the requirements through local production; enhancing communication in transmitting to the public the health-related socio-economic benefits to be accrued from organic food production and consumption and enlisting the active support of the Public Service in this process and broadening the organic agriculture extension services at the field level.
To ensure that the Task Force’s policy formulations are holistic, the President has directed it to liaise with the Economic Revival and Poverty Alleviation Task Force and the Presidential Task Force for the creation of a Green Sri Lanka with sustainable solutions for climate change.


To ensure that the Task Force’s policy formulations are holistic, the President has directed it to liaise with the Economic Revival and Poverty Alleviation Task Force and the Presidential Task Force for the creation of a Green Sri Lanka with sustainable solutions for climate change

Agriculture is the backbone of the Sri Lankan economy accounting for a third of its GDP. According to one estimate, 82% of the population lives in the rural areas which are also home to four fifths of the country’s poor. And almost half of the rural poor are small-scale farmers.


Given the importance of the rural population and the agricultural sector in democratic politics, politicians have vied with each other to cultivate the peasantry. Till recently, farmers were given chemical fertilizers at subsidized rates. But seeing the public health issues created by this, President Gotabaya is relentlessly pushing for “green, sustainable and non-toxic agriculture” sans use of chemical fertilizers.


Good as this policy is, it has to be linked to the maintenance of Sri Lanka’s rich bio-diversity, which is under severe threat. There can be no green agriculture without a concommitant conservation of flora and fauna. According to Convention on Biodiversity  website, in 2012, Sri Lanka had 253 land snail species, 245 species of butterflies, 240 birds, 211 reptiles, 748 evaluated vertebrates, 1,492 invertebrates, 336 Pteridophytes and 3,154 flowering plants. Lanka has about 12,000 irrigation tanks harbouring wetland species.


However, 27% of 240 identified species of birds were threatened, along with 66% of amphibian species, 56% of mammals, 49% of freshwater fish species and 59% of reptiles. In particular, one of Sri Lanka’s flagship species (the elephant) had been affected by a population decline in both dry and wet zones. A population of 10,000 at the turn of the century, had dwindled to 7500 in 2020. As for flowering plants, 1,385 species of the 3,154 identified species were classified as threatened, the high majority of which (594) were endemic to Sri Lanka.
According to the World Bank, the area covered by closed canopy dense natural forests declined markedly from 37.5% of land area to 34% in 2020.


“The main threats to bio-diversity come from habitat loss, fragmentation and degradation, overexploitation of biological resources, loss of traditional crop and livestock varieties and breeds, pollution, human/wildlife conflicts, the burgeoning spread of alien invasive species and increasing human population density,” the website of the Convention on Biodiversity points out.


However, there is a growing realization that biodiversity contributes to the Lankan economy. The Dilmah Tea Company, for example, has launched many projects to ensure bio-diversity, to experiment with bio-diversity maintenance, and to educate people on the need for conservation.


The Dilmah Conservation Sustainable Agriculture and Research Center (DCSARC) was established in Moratuwa, south of Colombo, in October 2011. It has an Arboretum (an artificial forest) and a Butterfly Garden to demonstrate and teach citizens, especially urban children and students, the need for biodiversity and conservation and how these can be ensured.


The co-option of the private sector is a welcome development, as inclusivity is key to the success of any national project. Hopefully, the Task Force will also address the kindred issue of conserving Sri Lanka’s endangered bio-diversity

“The garden has provided a safe haven for a growing list of butterfly species. Currently, 59 of the 248 species of butterflies found in Sri Lanka are here in this garden,” said Shamodi Nanayakkara, Manager Conservation & Sustainability of Dilmah Ceylon Tea Company during a recent tour of the facility.


According to Himesh Dilruwan Jayasinghe, author of the book: Common Butterflies of Sri Lanka brought out by Dilmah Conservation, butterflies are under threat in Sri Lanka because of the “complete destruction” of their habitat. “These delicate creatures require specific micro-habitat conditions for their survival. Over-exposure to sunlight caused by tree-felling, adjustments to the chemical composition of their feeding material due to pesticides, and alterations to habitats by invasive plants, influence the survival of these species,” Jayasinghe points out. Most importantly, using chemical fertilizers to grow plants are taboo, if butterflies are to survive.


Since the butterfly garden is situated in extremely urbanized  Moratuwa, it has acted as a critical refuge for not just butterflies but other insects, birds, and reptile species found in the region.


Adjacent to the Butterfly Garden is the “One Earth Urban Arboretum” housing 300 different types of trees and other flora.


“Initially, the Arboretum brought 500 species of trees from various parts of Sri Lanka. But only 300 survived here, partly due to the natural conditions in Moratuwa. Re-location of trees was also a major problem. Some of the large trees were planted using the root ball technique,” Nanayakkara said. Work on the Arboretum started in 2015 and finished  in 2017, indicating the time and effort that went into it.


The Arboretum in Moratuwa is unique because it is the only one in the island in an urban setting, where flora and fauna are severely threatened. Since the Arboretum is meant to serve an educational purpose, every tree has a QR Code which, when scanned on the phone, gives important facts about the tree.


Everything about the Arboretum is natural. Fallen leaves are not swept away. “The litter is essential for the rejuvenation of the soil. Pruning of leaves on trees is done only when the growth blocks sunlight. And no fertilizer is used,” Nanayakkara said. Rejuvenation is therefore an entirely natural process here. Interestingly, even the watering of the trees is natural.Ground water is recharged by a small “Weva” or tank built in the ancient Sri Lankan style.


Dilmah Conservation ensures that tea is grown with responsibility towards the environment. There is a huge forest conservation project in Ratnapura District in the middle of two tea estates. While the pioneering British tea planters had destroyed forests to make way for tea, Dilmah decided to make the forest and the tea plantation co-exist, nurturing both with equal devotion.

This article was taken from the Daily Mirror

This article was also published in NewsIn.Asia