Press release and images on Keeping a close eye on extreme weather, rain or sunshine from Dilmah

Keeping a close eye on extreme weather, rain or sunshine 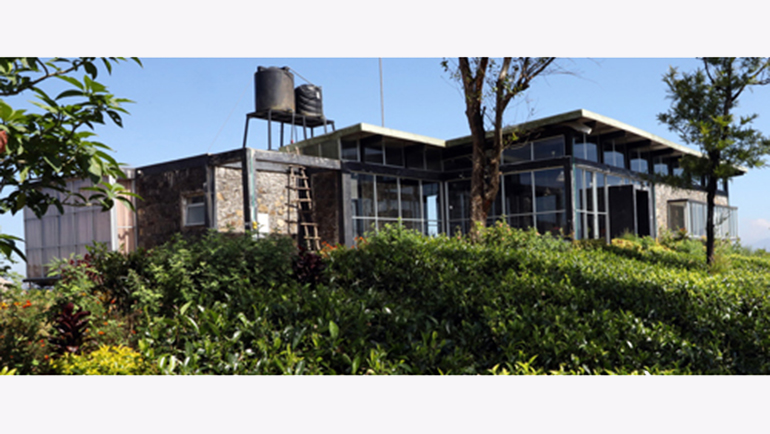 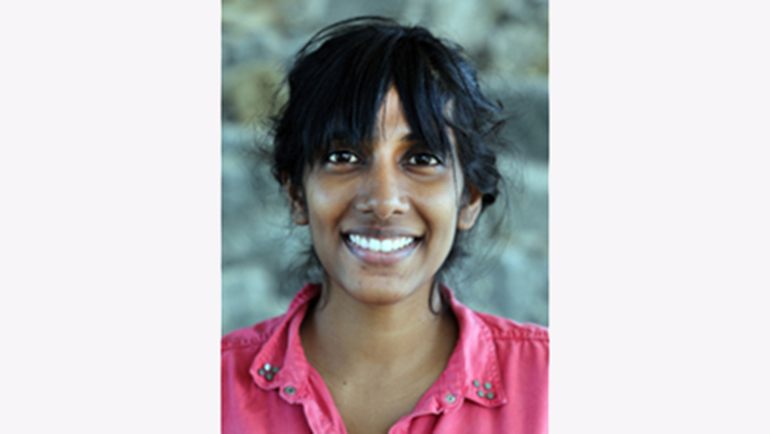 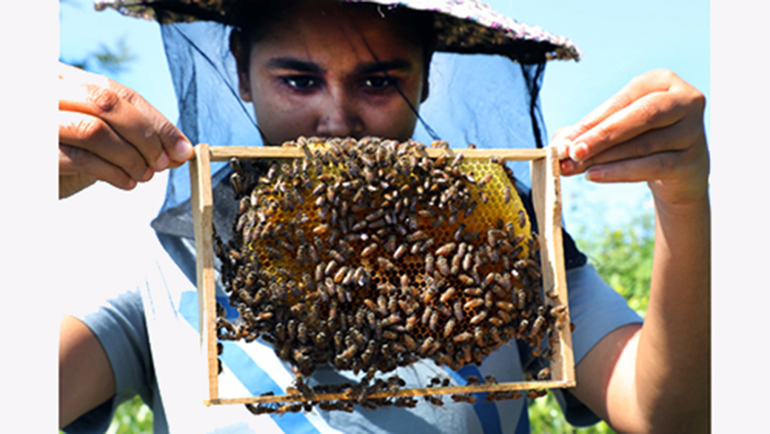 The bright sunlight streaming into the room through the large window panes shows up only shadows on the video presentation on the screen.
A closer look reveals the riveting image of one of Sri Lanka’s exotic creatures, the magnificent leopard, captured on camera traps, while outside the room as the misty mantle lifts, speared by sunshine, the buzzing of bees greets the ear.

On a Monday with heavy downpours accompanying us along the way, we have reached the ‘One Earth Centre for Climate Change Research and Adaptation’ established by tea giant, Dilmah, on its Queensbury Estate in Nawalapitiya.

Perched atop a hill, 1,650 metres above sea level, with slopes covered by dark green tea bushes unmarred by buildings and forests on the far periphery, this centre is the first private sector initiative in Sri Lanka to research climate change and how to mitigate and be resilient to extreme weather, rain or sunshine.

While numerous are the activities launched by the centre itself, it also provides lodging and food, all for free (two dormitories with 15 beds), for anyone who wishes to conduct research. We see a team of youth from the Peradeniya University heading off to the two-hectare forest in Rilagala, about 3km away, after a hearty breakfast of rice, parippu, omelette and spicy coconut sambol, with water and sandwiches packed into their knapsacks for lunch. They are studying the impact of climate change on rainforests.

This self-sustaining centre does not preach-only but scrupulously walks the talk – it is powered by green energy harnessed through hydropower; there is zero-generation of plastic and polythene through recycling; and an ‘edible’ backyard which we ourselves get a taste of through succulent strawberries, not bright red but a lovely red and white, which we pop into our mouths straight from the creepers.

Her team which looks after the centre comprises Coordinator Tharindu Prabhashwara who lives there; Programme Coordinator Dakshini Nimanthi and Operations Coordinator Dilip Alwis.

Shamodi explains that the centre is now equipped with a Climate Innovation Laboratory, which is an educational hub to guide, inform and provide technical support in building climate resilience through interactive workshops and seminars.

Set up in October 2017, the centre’s activities include camera trap installation and training; a ‘Bee a keeper’ project; and workshops for both children and adults to foster a love of the environment.

The centre’s first research had been on ‘Climate and environment in tea ecosystems’, while it is the epicentre for 16 research collaborations including seven global [with the United States of America, United Kingdom (UK), France, Germany India, Malaysia and Japan]. The global and local research collaborations are expecting to bring forth a ‘Climate-adaptive crop management package’ for tea.

A major collaboration with UK’s Edinburgh University, the centre has on the cards, is a global study on ‘Climate change and nitrogen emission effects on ecosystems’ under the guidance of lichen expert Dr. Gothami Weerakoon.

This is while the centre’s Weather Station keeps track of real-time weather conditions and more than eight research projects use data from it.

With regard to the camera trap installation and training being carried out by the centre with the unstinting support of conservation biologist Dr. Enoka Kudavidanage, Shamodi, Tharindu and Dakshini are all smiles as they speak of the ‘expected’ and ‘unexpected’ yields of images. Among the expected has been mammals and birds in all their beauty including the barking deer, the yellow-striped chevrotain (type of mouse deer), the pangolin, the jungle fowl and the surprise of a sleek leopard.

The former Dilmah Conservation Director Asanka Abeykoon who set up the centre says that this initiative extends way beyond tea to encompass the environment as a whole.

Explaining that Dilmah Conservation is built on the four strong pillars of sustainability, heritage, bio-diversity and communications, he says that climate change is happening slowly but steadily.

“This research station has been set up to understand what is happening. We want to know what is going on to help mitigate and build up resilience against climate change,” adds Asanka.

Another chapter in Dilmah’s conservation efforts

The ‘One Earth Centre for Climate Change Research and Adaptation’ is part of our commitment to contribute to global and national climate change adaptation strategies, reiterates Dilmah’s Chief Executive Officer Dilhan C. Fernando who is also a Trustee of Dilmah Conservation. He reiterates that the centre is dedicated to gathering extensive climate data, predicting models and helping crop management to enhance climate resilience on Dilmah’s tea estates in particular but also beyond to agriculture, to enhance food security.

The days stretched ahead as COVID-19 gripped the country and there were lockdowns. It was then that Coordinator Tharindu Prabhashwara directed his energies to organic gardening plots including strawberry cultivation and the ‘Bee a Keeper Project’ launched in May last year on International Bee Day.He talks of the efficacy of beeswax in pest control and the importance of setting up small patches of flowering bushes even in a tiny garden to help honeybees (Apis cerana).

We need no proof of the organic gardening plots which produce a range of vegetables from beetroot to cabbage to winged bean and more, even crops like pumpkin that people thought could only be grown in the dry zone.

This article was taken from The Sunday Times