Press release and images on How to Live Smart from Dilmah

How to Live Smart

An Introduction to the Sustainable Lifestyles Series 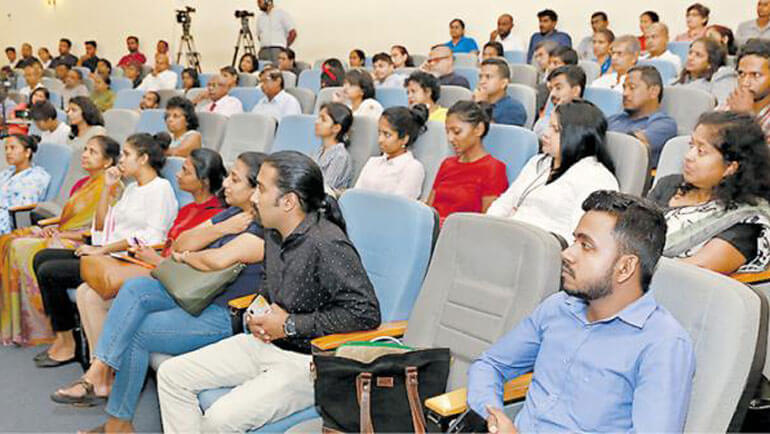 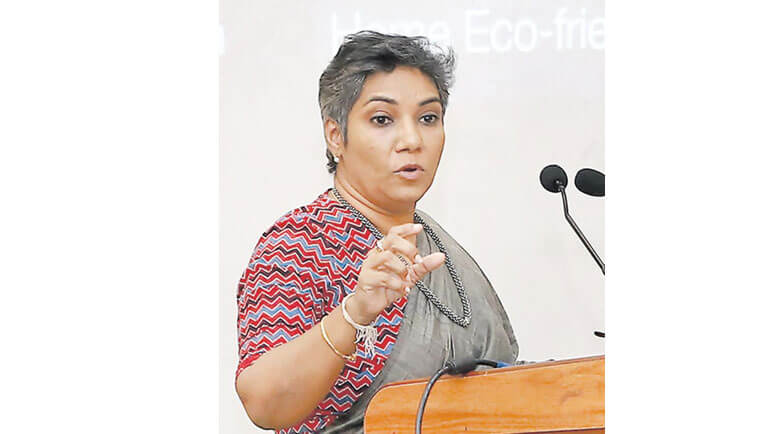 This was only the first of many to come. Climate change and the realities of it are very much limited to a picture we have of the glaciers melting and polar bears stranded on icebergs. This was the introduction that we thought aptly painted the picture. However, we know there is much more to it.

To address this gap in knowledge and to simplify the process of sustainable and environmentally friendly everyday living, Dilmah Conservation has taken on a fantastic initiative.

This series will comprise six parts over the next six months in an exciting combination of lectures, interactive sessions, and workshops led by experts of the respective fields and more importantly curated by Sunela Jayewardene, a name well known.

She is an architect by profession, specialised in environmental design and sought after by many professionals, both locally and overseas, for her exceptional expertise. More importantly, she is an ardent environmentalist who will tell it like it is.

The first in this series was a lecture that drove home the message of climate reality.

“This won’t be a feel-good lecture. I want to share the discomfort with you. Unfortunately, some out there still don’t believe that climate change is a problem. Children like Greta Thunberg have to miss school and stand in solidarity for problems that my generation created. I believe we must all stand with her,” said Jayewardene.

“It is time to right our mistakes. Something needs to be done because climate change is truly in overdrive today. I believe we are the super species that occupies this earth. So, shouldn’t we also be the ones who are in control?”

Anthropocene is the current geological age that is viewed as the period during which human activity has been the dominant influence on climate and the environment. We have dug massive holes, dried out lakes, cut down and cleared forests, and turned massive green areas into cattle farms.

Because of actions such as these, we are living this reality now. She went on to explain this with an apt and scary example.

“We are too smart and always look and want for way more than what we actually need. With 5G, we are promised more speed, quicker transfers, and bigger bandwidth. Whereas where it is being tested in the Netherlands, hundreds of birds like starlings just fell dead from the skies. And in the US where it is being tested, hundreds of bees have been recorded dead. The signal strengths are capable of doing that. And there is a quote from Einstein to say that within four years of when all bees die, humans won’t survive for longer than four years. And I don’t even want to consider the impact it has on humans, because we are the ones who wanted it in the first place.”

“Only when the last tree has died, the last river has been poisoned, and the last fish has been caught…we will realise that we can’t eat money.”

She had the above quote in her presentation.

It truly is a wonder how some still don’t believe in climate change and that it’s getting worse by the day. “Sir David Attenborough, a hero of mine, believes that we are already too late to start trying. He predicts that the world will soon be in chaos and far from what we would like it to be. So I want to leave the audience today with two thoughts.

“I would also like to leave the audience with four questions that I really want them to think about. Are all other species inferior to us? Or did we make them to be that way? Are the advance cities the way forward for all of our species? Are advanced human habitats really what we want?

Are we still ruling the planet or are other species taking over? Even without us realising it? Are we all aspiring for the wrong things?

“We are driving thousands of species into extinction as we sit here right now. In doing so, aren’t we putting ourselves further down? Shouldn’t we learn to live in harmony with the other species? What we really must do is learn to co-exist. Most of our ecosystems can only be in existence in interdependence. We are not separate from the rest of the world.

“If we don’t do this, we must then live with the many consequences.”

She then spoke of Yellowstone National Park, where the farmers killed off all the wolves in the forest because they were killing their cattle. In the years to come, the other species like the elks began to grow in numbers and started eating all the foliage, leaving nothing behind for the cattle. In 1996, they reintroduced wolves to the forest, who then began to eat the elks again and the greenery grew and spread again, restoring the balance.

She also spoke of a project which she was part of – the Jetwing Vil Uyana property that was built in 2002. “When we started, it was bare terrain, and we restored the area and now it is fully converted into a wetland. It has also achieved sanctuary status today and is one of the few places where multiple endangered species can be seen from a property. This is a testament to how effort put in pays off, because the property is doing very well.

“To end, let me leave you with one thought. We must do our bit and work together with the dependent communities. Start with your own circle of friends and slowly grow your reach. Whatever you do, do it sustainably. If bees can do it, shouldn’t we, the super species, be able to?

“I truly do believe in the power of one. Whether it is switching the light bulbs in your home to energy-saving ones or buying that butter that is wrapped in a foil as opposed to what comes in a plastic box, do it now. A lot of people with more knowledge than I are saying that it is too late, but we cannot give up!”

With that she ended the lecture.

The list of topics to be anticipated in the series was then listed out to as follows:

This series will focus on individual initiatives; what you can do in your home and stand out from the rest.

A valiant effort by Dilmah Conservation partnered with Sunela Jayewardene

This article was taken from the morning 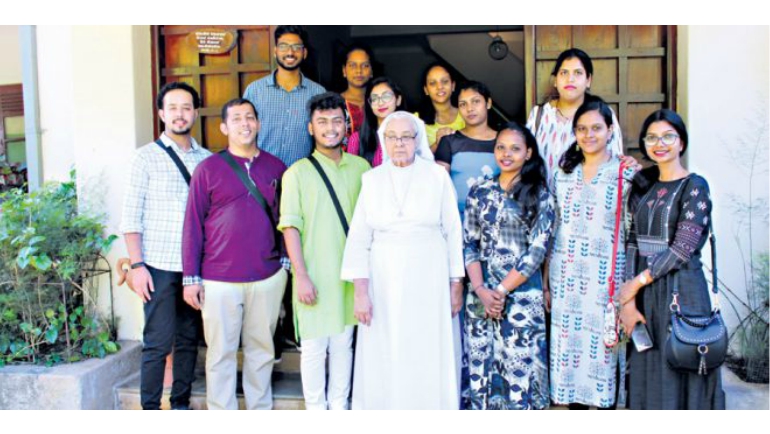 At MJF foundation, a CSR initiative of the Dilmah Ceylon tea services, students visited the... 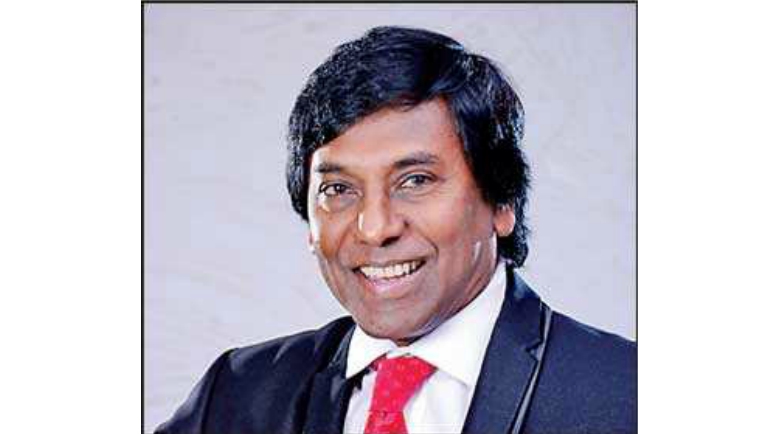 This will be his 10th annual concert which will seek to raise funds to provide... 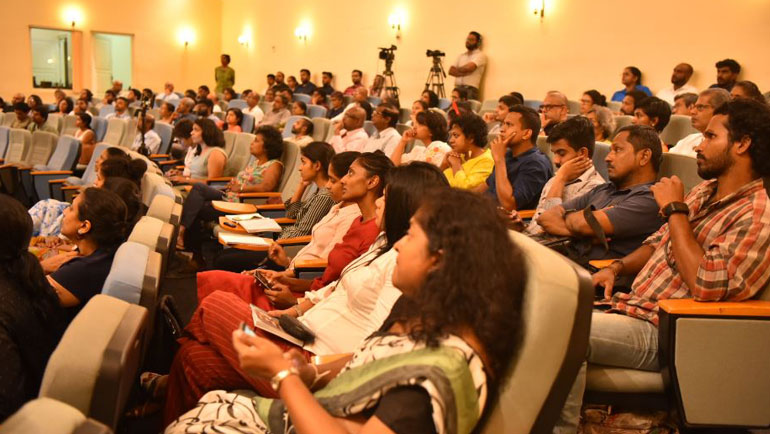 This was only the first of many to come. Climate change and the realities of... 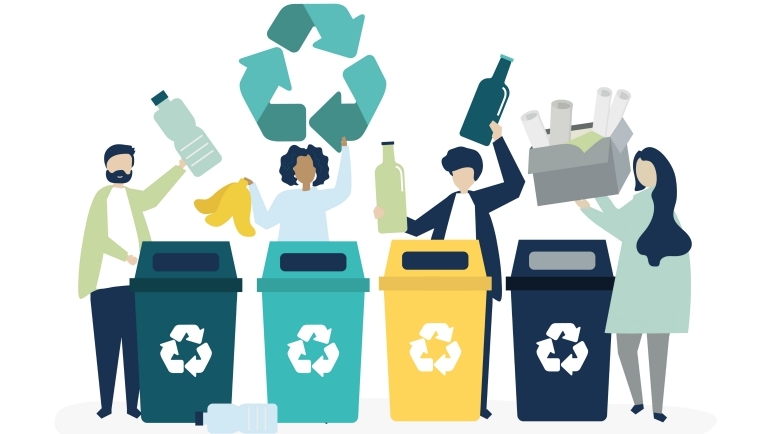