Giving life to a depleted rainforest 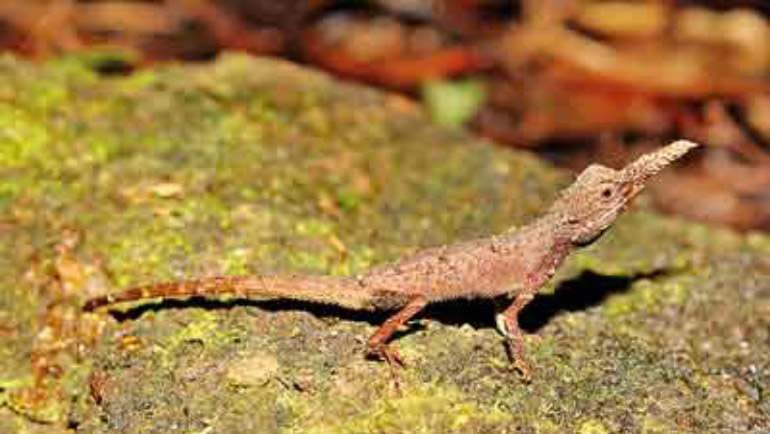 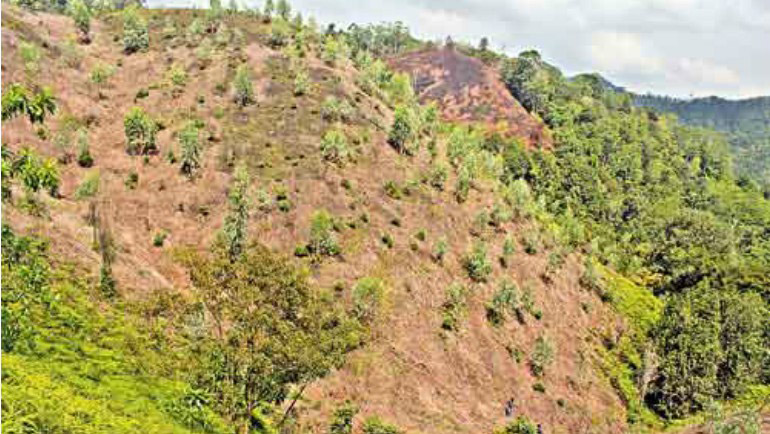 It may be a ‘drop’ in the ocean of forest denudation and degradation but it is a unique step in the right direction in battling climate change and its disastrous consequences.

It is also a first in Sri Lanka with the private sector joining hands for the national good in a “landmark” collaboration with a government body and an environmental agency under the umbrella of the non-profit Biodiversity Sri Lanka (BSL).

The focus of this multi-company Public-Private Partnership (PPP) is the ecological restoration of a degraded stretch of land within the Kanneliya Forest Reserve, a Wet Lowland Rainforest in the Galle district. The partners for these activities, in addition to the corporates are the Forest Department, the Biodiversity Secretariat of the Environment Ministry and the International Union for Conservation of Nature (IUCN)

The aptly-named ‘Life’ Project is bent on restoring this fern-covered 10-hectare patch in Halgahawala, Opatha nestling within the Forest Reserve, to its former status of an important rainforest.

It is at a simple function held on February 7 at the MJF Centre for Dignified & Sustainable Empowerment at Katubedda that the project is unveiled. The audience comprising conservationists, representatives of top corporates, undergraduates from the Universities of Colombo, Moratuwa and Sri Jayewardenepura and the media get an in-depth look through speeches and presentations which clear the mist to show what the area looks like now and see into the future the ambitious but vital steps needed to bring back the right trees and the right wildlife to degraded Halgahawala.

Before the Lead Ecologist of IUCN Sri Lanka, Prof. Devaka Weerakoon plunges amidst the ferns to reveal what has already been done at Halgahawala and what is to come in this five-year project, the Conservator-General of Forests, Anura Sathurusinghe commends the initiative as “new and unique” for both Sri Lanka and the Forest Department.

And what the Life Project is making a concerted effort to do is slowly and surely bring back the different layers of a rainforest which is defined as a tropical forest with an annual rainfall of at least 2,500 millimetres.

The four layers of a rainforest are:

Underscoring that three million hectares of forest are lost annually across the world and the average annual deforestation rate in Sri Lanka has been 7,147 ha/year (1992-2010), Prof. Weerakoon says that forest degradation causes loss and fragmentation of habitat.

The Life Project to restore the degraded rainforest patch at Halgahawala allocated to it by the Forest Department will be a pilot programme.

Prof. Weerakoon explains that the ecological baseline of the area has already been established and the forest Restoration Plan for the site — currently colonized by the false stag horn fern (Dicranopteris linearis or Kekeilla) – developed. The ecological baseline survey has clearly pointed to the site having very low species diversity when compared to the adjacent forest, with fewer numbers of endemic species and no recorded threatened species, due to the area being cleared in the past and later abandoned.

The Restoration Plan which includes site preparation, establishment of nurseries, planting of native species, updating species inventories in the restoration and reference sites and setting up a long-term monitoring programme will be implemented in the next five years, starting next month (in March).

Going beyond traditional tree planting, the aim is to restore the land to enhance its ecological functions, habitat quality, species diversity and its capacity to provide biodiversity and ecosystem services, while boosting the local economy by providing employment opportunities to the people living close-by, says Prof. Weerakoon.

Pointing out that ecological restoration is the process of assisting the recovery of an ecosystem that has been damaged, degraded or destroyed, he adds that such restoration efforts strive to bring the species composition, stand structure, biodiversity, functions and processes of the restored forest as close as possible to the site-specific original forest.

While the restoration process is going on the focus would be on how the site is enticing ecosystems and biodiversity with a concentration on two kinds of space: Ecosystem space and species space.

Prof. Weerakoon says that the challenges of this project would be to overcome the dangers which arise to the plants and young trees from easily-spreadable fire and the large herbivores which would relish them.

A robust monitoring system is also being put in place based on ecological and biological indicators such as water quality, soil quality, species diversity and abundance.

Simultaneously, a biodiversity credit accrual system for Sri Lanka will be pursued from the information generated.

This multi-partner cooperation has several dimensions including restoration, carbon sequestration, biodiversity conservation and restoration and the evolution of a biodiversity credit accrual system which has the potential to deliver “very significant” outcomes at national level, it is understood.

The Chairperson of BSL’s Board of Directors, Dilhan C. Fernando, of Dilmah said that in whatever they do whether plantations or anything else “we all have an impact on nature and we benefit by nature”. He urged a little bit of collaboration among the different sectors to deliver a beautiful and sustainable Sri Lanka to the next generation. This BSL project symbolizes that the private sector has joined hands to serve the environment and humanity.

Thereafter, it was a walk into the MJF Centre’s Butterfly Garden to listen to a ‘Sustainability Declaration’ by the corporates who are part of the Life Project and signing of the project agreement, followed by a simple but sumptuous mix of evening tea and dinner. The ‘star’ reigning over the meal was Australian Celebrity Chef Peter Kuruvita of Sri Lankan origin who presented a sustainable and healthy gotukola-thambili-ginger ‘tot’ after which was served bowls of rice with spinach topped by heavenly manioc floss.