An Article by Dilhan. C. Fernando published in The Island and The DailyFT. 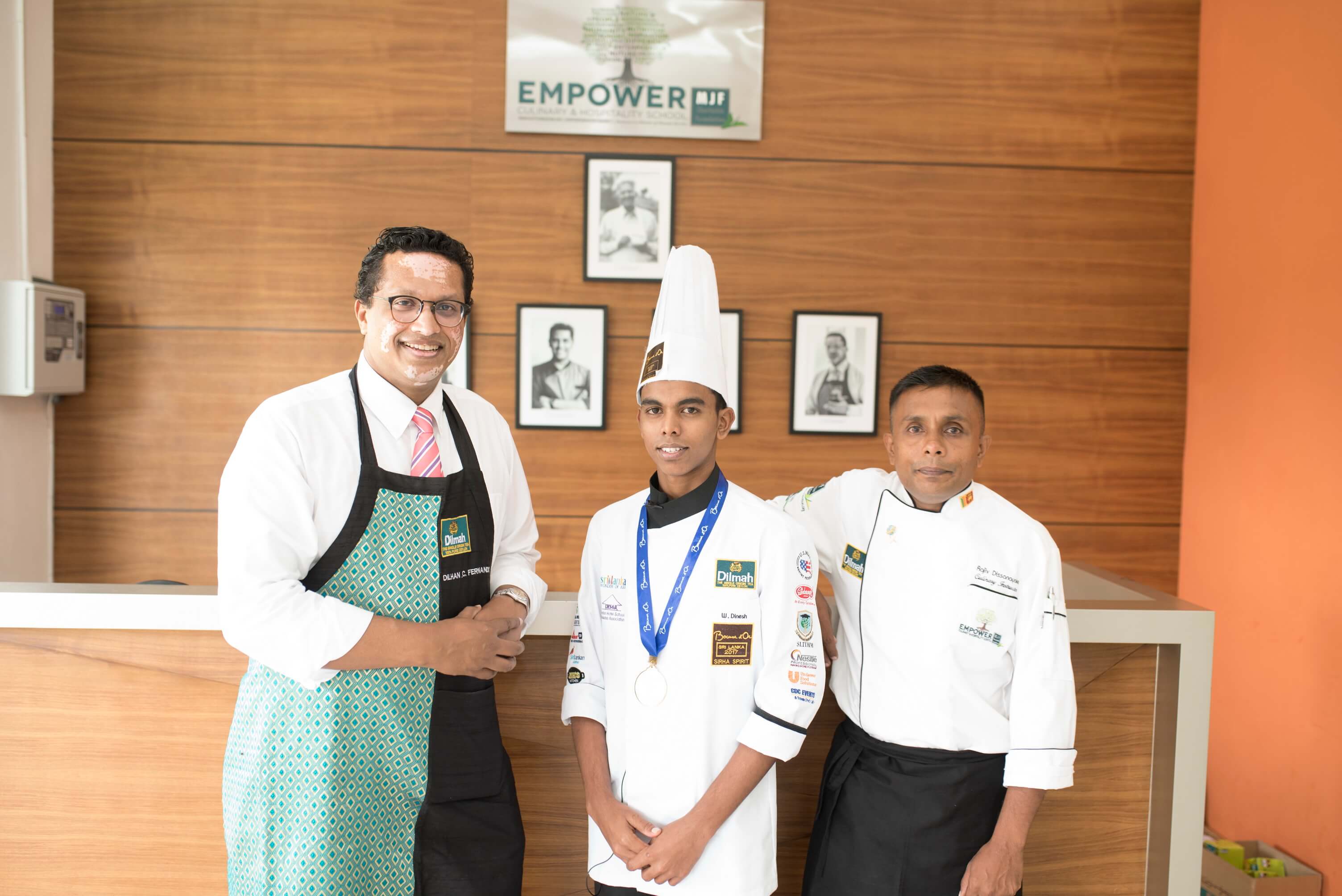 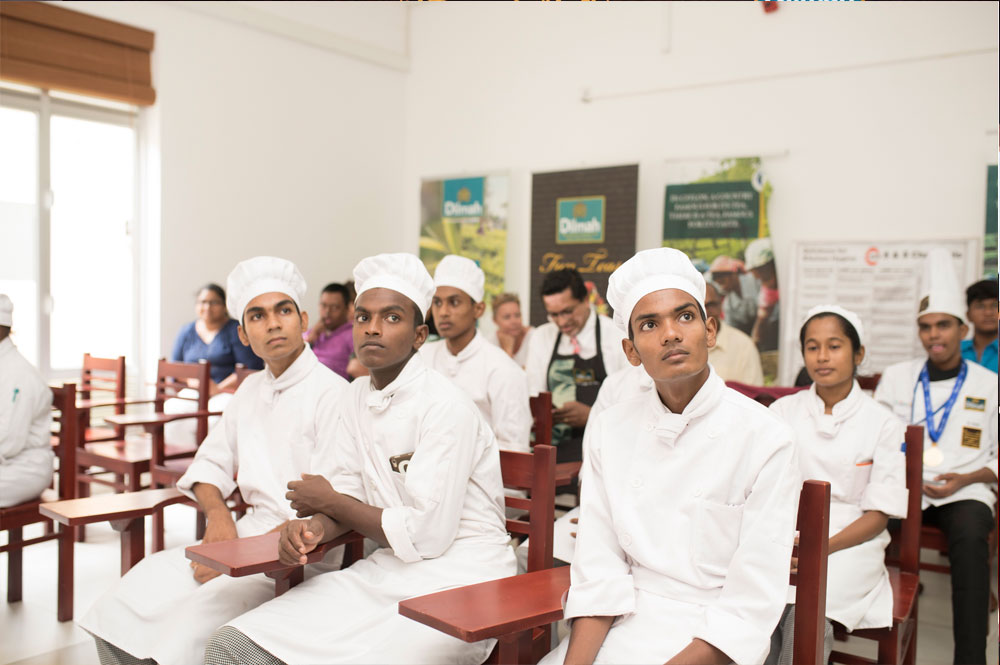 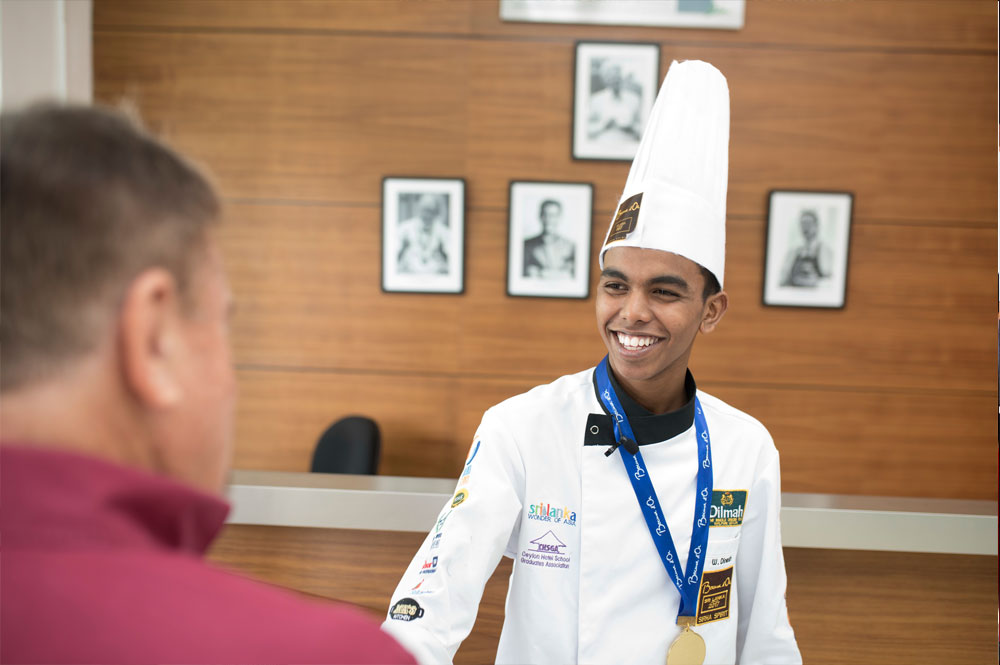 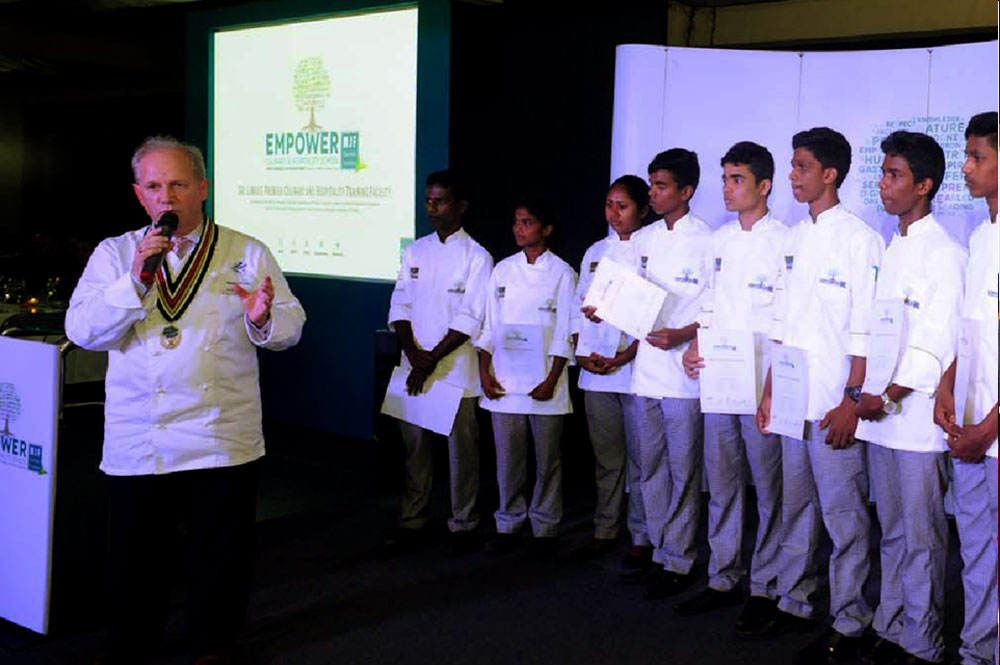 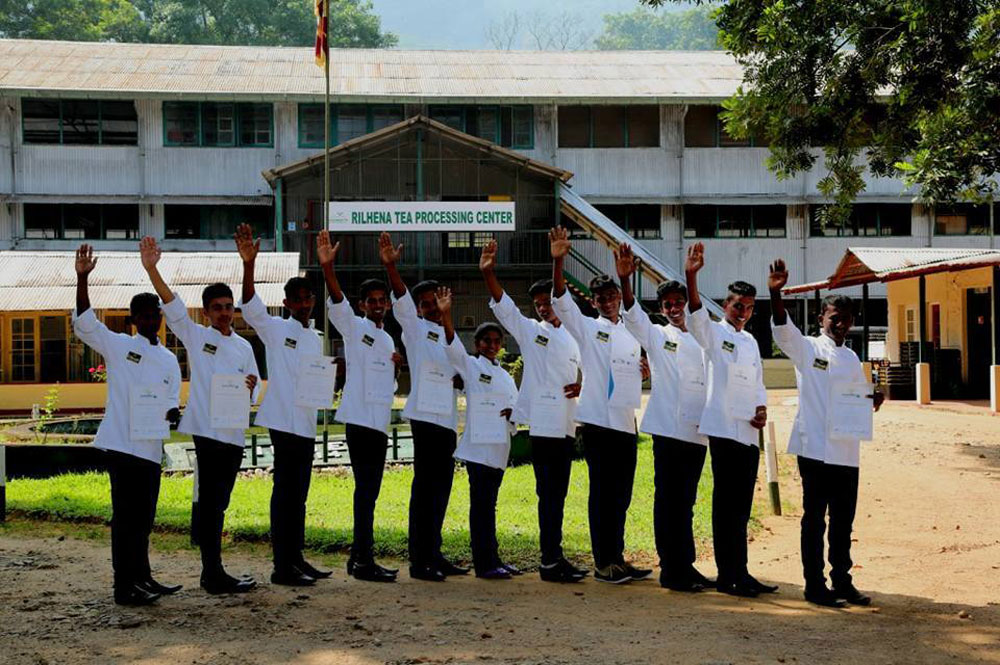 Every individual has inherent ability regardless of their circumstances; poverty is debilitating, but not disabling, physical disability in most cases is ability in an untypical form. When the unemployed son of a tea picker in Ratnapura used the opportunity of a 4-month culinary boot camp to secure Gold in the Sri Lanka national component of the world’s most prestigious culinary competition, he proved that with knowledge, attitude and an opportunity, anyone can be transformed.

Dinesh was amongst a group of underprivileged and unemployed youth chosen to form the first batch of students to be offered culinary training in Sri Lanka’s finest culinary training facility. We had just inaugurated the Empower Culinary & Hospitality School, Sri Lanka’s only World Chefs certified culinary training facility. The faculty includes local and international instructors, guided by eminent chefs like Bernd Uber, Peter Kuruvita, RohanFernandopulle on the Board of Governors. The course is free – all we ask of the students is discipline and commitment.

Dinesh had lost his father when he was younger, and dropped out of school after his Ordinary Level exams. As his mother works at Dilmah’sRilhena Tea Estate, the estate manager nominated him for Empower and in October 2016, he joined the first batch of students at the School. They started with two weeks on the Dilmah Conservation farm, to understand sustainable agriculture, learn respect for nature and the importance of nutrition … and also to dispel any notion the students may harbour from seeing culinary shows on TV, that success involves anything less than passion, dedication and absolute commitment to perfection. The class moved on to learning English, knife skills and completing their boot camp culinary course in four months.

In February 2017, Dinesh graduated with the rest of his class, many from Dilmah’sKahawatte Tea Plantations. Two students from his batch passed with distinction, and all received apprenticeship posts in five star hotels in Sri Lanka. That was an achievement in itself, for the students went from uncertain futures, lacking the ability to do anything but work as unskilled and low paid labourers, to having the choice of most high quality hospitality establishments in Sri Lanka for their apprenticeship.

For Dinesh there was more. He started his training at Dilmah’s Cape Weligama, and went on to Water’s Edge in Colombo, when Chef Rohan Fernandopulle chose him to be Commis Chef in the two-man Water’s Edge team for Bocuse d’Or Sri Lanka, supporting Chef Chamaka Perera. The Bocuse d’Or is considered the world’s most prestigious live cooking competition, with each team comprising a Chef supported by a Commis Chef who must be under 19 years of age. In a very prophetic comment at the time, Chef Rohan who is General Manager of Water’s Edge and also a Governor of our Empower Culinary & Hospitality School, told the Dilmah & MJF Foundation team that ‘he would make a great chef of the young culinary apprentice.’

At the announcement of the results of the National Selection of the Bocuse d’Or on Friday evening, Water’s Edge won Gold and life changed in that instant for Chefs Chamaka and Dinesh. For Dinesh it was more than the great achievement of winning the acclaim of a prestigious panel of Judges that included Chefs Otto Weibel, Bruno Menard, Alan Palmer amongst others; it was a miracle, for the young man who less than a year ago could not even boil an egg. Dinesh returned to the Empower School the day after, wearing his Bocuse d’Or Gold Medal with pride and joy. He shared words of encouragement with the next batch of students, who are looking forward to their own graduation in a few weeks.

Every person, whether differently able, impoverished, victim of tragedy or most other situations, has inherent ability. It is a crime for those who have that comprehension and capability, to allow that ability to go waste. That was the principle on which we established Empower. The MJF Foundation was established by my father – Dilmah Founder Merrill J. Fernando – in the knowledge that every business must have a purpose that goes beyond profit. That belief is founded on his own journey from an ordinary background in an isolated hamlet to building a global business, and the knowledge that his success is a blessing from God that must be passed on.

The stories of Dinesh and the other graduates of Empower express the life changing power in  the philosophy of making business a matter of human service. In this program, attitude, knowledge and commitment are nurtured in young men & women, whether they may come from harsh domestic circumstances, have Cerebral Palsy, Down Syndrome or other condition. In the current batch, due to graduate shortly, one young lady who is an aspiring chef, has Down syndrome; she is different but able. They have all risen to our expectation thus far, transforming their own lives and the lives of their families. In each case, it has only taken an enlightened program that shares the knowledge they need, respects their dignity, instils discipline, shares positive attitude & humility, and requires four months of their time 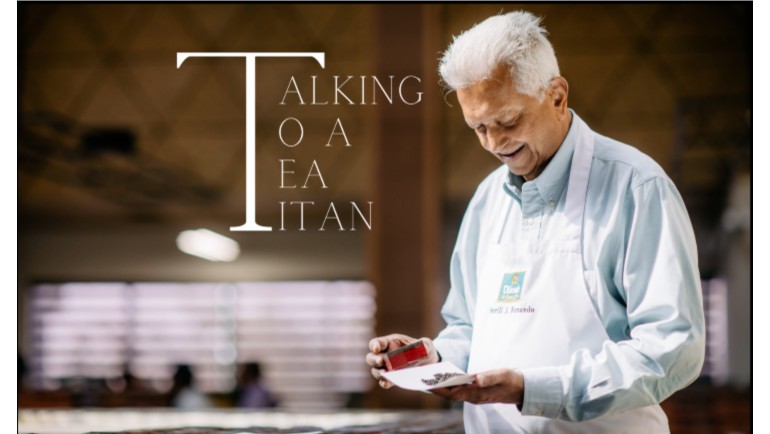 There aren’t many people in the world who can boast of having spent as much... 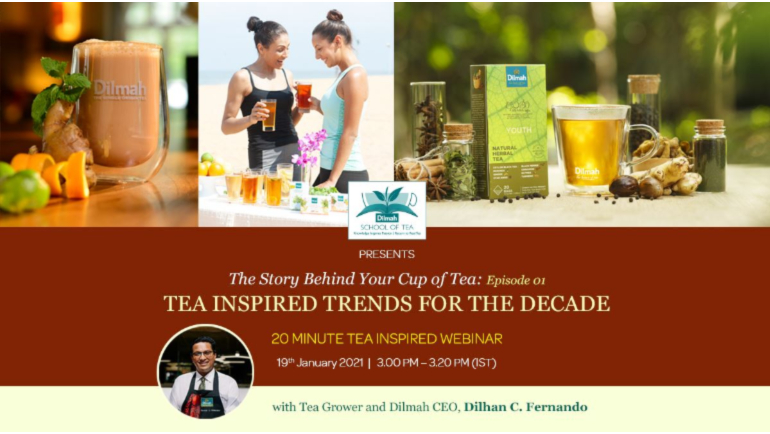 The Dilmah School of Tea Alumni, Dilmah Tea, and Dilmah Tea Gastronomy will be hosting... 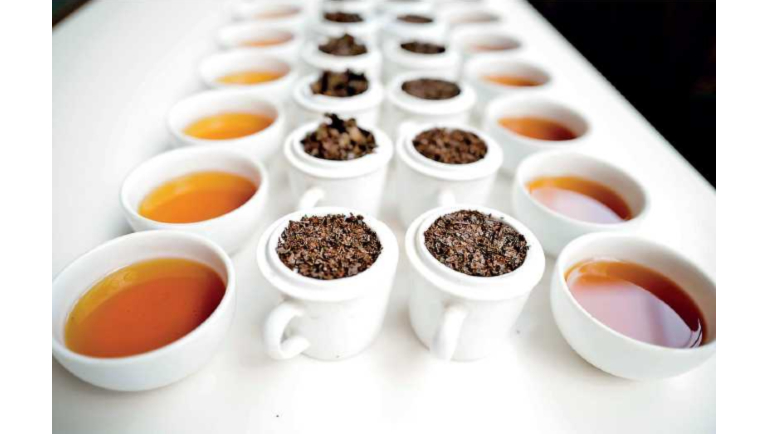 Tea was once prized as a wonderful, healthy and exotic herb. It has not changed,... 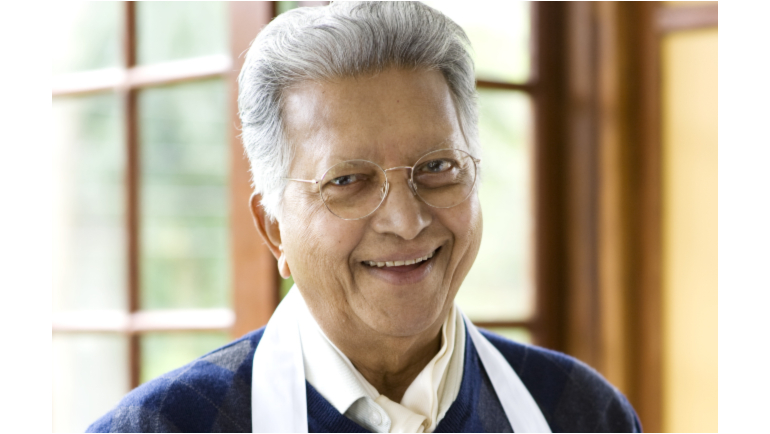 Dilmah Founder Merrill J. Fernando has spent a lifetime dedicated to tea and helping others....