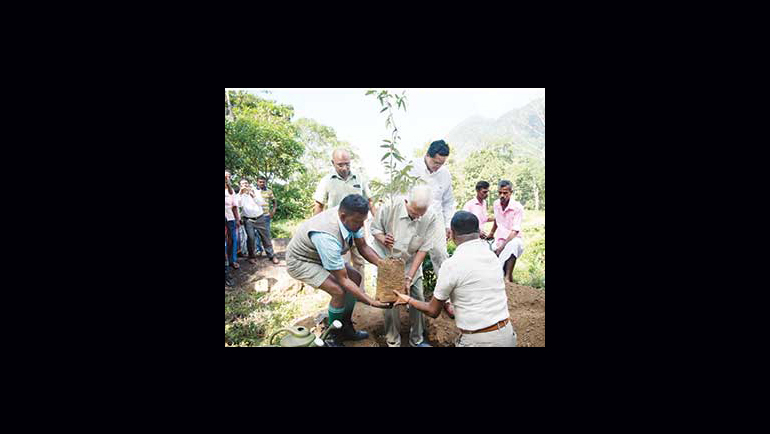 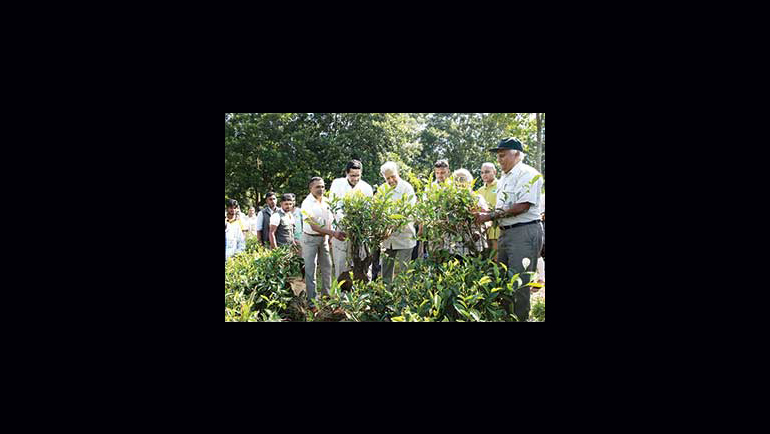 Dilmah Founder, Merrill J Fernando removed the first tea plant at Dilmah’s Endana tea garden in a symbolic gesture, initiating the reforestation of the fragmented Delwala Kanda and Walankanda Forest Reserves. The estimated three-kilometer long nature corridor linking these two sites reaffirms the Founder’s commitment towards sustainability and diversity of life, as Dilmah Tea continues into the 30th year of its existence, the company said in a news release.

"As a company dedicated towards making business a matter of human service, we understand the sensitivities and the ecological aspects of the plantations that we have inherited through a 150-year-old colonial agro-economic system. Thus, we resolve to minimize the impact of monoculture and do no compromise on the importance of biodiversity not only in the Endana Estate but at all the Dilmah tea plantations," said Dilhan C Fernando, CEO of MJF Tea on the 30th anniversary of Dilmah.

According to the National Conservation Review of Sri Lanka prepared in 1997, the Delwala Kanda and Walankanda region are among 13 other fragmented forest territories that are in close proximity to the highly endemic Sinharaja rainforests which is recognized as a Biosphere Reserve and World Heritage Site by UNESCO. Biodiversity surveys conducted previously in the region determined that the Endana estate harbours 180 floral species of which 37 are endemic.

The region around the Delwala forest reserve was found to exhibit a similar species richness with a total 177 plant species of which 49 were found to be endemic with five among these listed as endangered, 26 as vulnerable and 21 as nationally threatened according to the IUCN Red List of 2012.

Delwala Kanda and Walankanda are fragmented into small forest patches by nearly 100 years of tea plantation, first introduced into this region in 1915 by British colonialists. Commenting on Dilmah Conservation’s efforts at conserving the biodiversity of these low rainforest areas dominated by the Sinharaja Forest Cluster, Professor Nimal Gunatilleke stated, "It is a very important step in the direction of strengthening genetic diversity of the flora and fauna found in these fragmented forest terrains, through the exchange of genetic material which in turn will ensure the long-term survival of the species."

The Endana Estate with a total land cover of 625 hectares is among the largest tea plantation under the Kahawatta Plantations PLC owned by Dilmah. Under the proposed initiative, the tea lands at Endana will be reconverted into forests to bridge the Walankanda and Delwala Kanda Forest Reserve, thus allowing an increased mobility amongst the native plants and animals inhabiting these territories.

Professor Nimal Gunatilleke and Prof. Savithri Gunatilleke, who are providing their scientific expertise on the nature corridor project, explained that the reforestation will commence by establishing forest successions in a method known as relay floristics. Thus during the initial phase fast-growing species which can grow in infertile soil like Trema orientalis (gandumba), Macaranga peltata (kanda), Alstonia macrophylla (hawarinuga) must be planted to provide adequate shade and enrich the soil nutrients since the chances of survival for canopy endemic species in these regions is very poor. Following this light loving forest species found at the forest edge must be grown before canopy endemic species native to the lowland rainforests can be grown.

The nature corridor linking Walankanda and Delwala Kanda will be the second biological corridor that will be created by Dilmah Conservation at Endana with the support of the Forest Department of Sri Lanka. Previously, Dilmah Conservation had been instrumental in establishing a biological corridor linking Pita Kanda and Walankanda regions where local communities helped in planting over 2000 indigenous forest trees which are found in the wet zone of Sri Lanka. Both ventures by Dilmah Conservation are intended towards securing natural habitats and enhancing the biodiversity and conservation value of the tea estates which display unique ecosystems that change gradually in relation to the changing elevations.

Please click here to view the Source Article in The Island