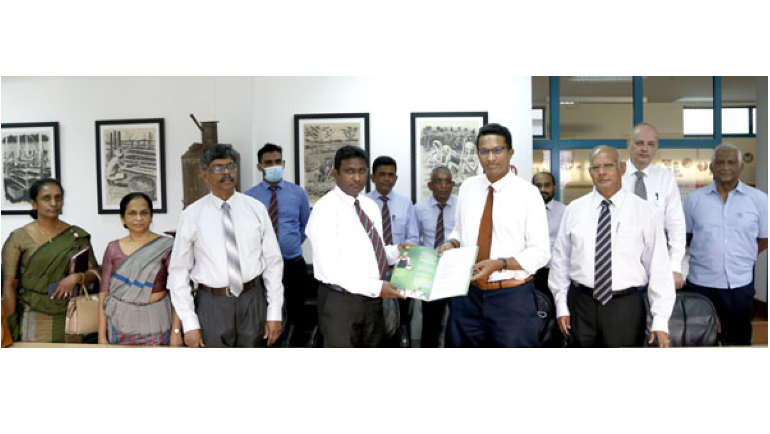 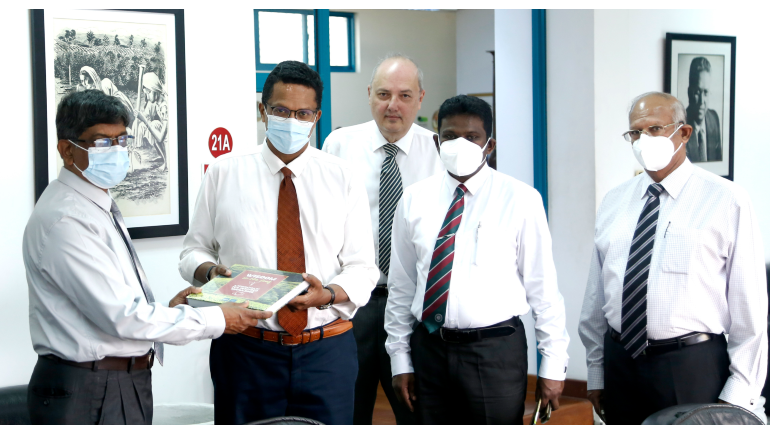 The NIPM is the only educational institute in Sri Lanka, providing an exclusive alignment with the wide-ranging technical, agricultural, and administrative requirements of the country’s plantation sector. In addition to offering a wide spectrum of diploma programmes in relation to Tea, Rubber, Coconut and Oil Palm, it is also empowered, in collaboration with the Faculty of Agriculture and Plantation Management of the Wayamba University, to offer the Bachelor of Science Degree in Plantation Management (external).

Instruction in the new module will be delivered by David Colin-Thomé, the Editor of Dilmah’s History of Ceylon Tea website (HOCT). The latter is an industry service initiative launched by Dilmah in 2003, and has since evolved into one of the largest single-industry websites in the world. It is not only an indelible archive of one of the great industries of the world, but also a valuable educational resource for those already in the planting industry, as well as for those who wish to forge careers in plantation management.

This worthy initiative was the result of discussions between Dilmah and Dr. Prasad Dharmasena, Director/Chief Executive Officer of the NIPM. Dilhan Fernando, on behalf of Dilmah, expressed his appreciation for the co-operation, adding the importance of students of tea understanding the industry’s history in participating in its future. Dilmah’s History of Ceylon Tea initiative is another aspect of the commitment of Merril J Fernando, the founder of Dilmah, to Ceylon Tea and its long-term sustainability.

The plantation industry, comprising Tea, Rubber and Coconut, is the first purpose-driven and organized industry in this country, specifically geared for export production. Whilst Sri Lanka, then Ceylon, was historically associated with the cultivation and export of Cinnamon, Cardamom, Pepper, and other spices, it was Tea which brought it global prominence. Coffee first and then Tea catalyzed the modernization of Ceylon. Scotsman, James Taylor’s first field of tea on Loolecondera Estate, Hewaheta, reconfigured the landscape of this country within a few decades. The opening up of Tea, Rubber and Coconut plantations stimulated the development of motor roads and railroads crisscrossing the country and provided new avenues of regular employment in the hinterland, whilst energizing and monetizing the economies of low-income social groups. Those are just a few of the important contributions of the plantation industry to the development of modern Ceylon.

The plantation industry is a colonial inheritance and as such legacies are the world over, is not without its contentious facets. However, it is necessary to frame its current condition in the local and global context of the day, and in awareness of its evolution within the country. It has been a pioneering enterprise against unforeseen and overwhelming difficulties, which provided Ceylon with its primary source of foreign exchange earnings for over a century. As history does with any entity, country, or enterprise, it also defines the plantation industry in the societal context. A clear knowledge of this history will enable those engaged in the industry to learn from both past mistakes and successes, and to plan more effectively for the future. Through its history, the present custodians of the plantation industry will be able to learn the evolution of the industry, its culture, technologies, and operating systems. History will also enable the present managers to trace the evolution of negative legacies and develop remedial strategies to minimize impact and to correct anomalies. History, in short, will inform and educate the future.

Quite apart from the educational aspects of the history of the plantation industry, the module will seek to highlight its other interesting features, which made the industry such an attractive profession for previous generations of young men. It was, and still is, a demanding vocation, yet preserving an allure of its own, not seen in any other professional sphere in this country, which compensates for the difficulties. It was also an industry, from its inception peopled by colourful and highly individualistic personalities and, as a result, rich in tradition, convention, and anecdote. A knowledge of those facets will add a special flavour to an otherwise academic exercise.

Dilmah’s History of Ceylon Tea initiative was launched with the express purpose of preserving and sharing the rich story of Ceylon Tea with the world. The process of digital archival has continued for nearly two decades, ensuring the preservation of critical industry knowledge. This initiative will ensure that this wealth of knowledge will be shared with aspiring planters, so that from the very beginning of their careers they will appreciate its uniqueness and be invested with a sense of pride in the industry that they are about to enter. It is a free resource accessible at https://www.historyofceylontea.com/.

This article was originally published in Times Online.

This article was also published in the Daily FT, the Daily News and the Daily Mirror.