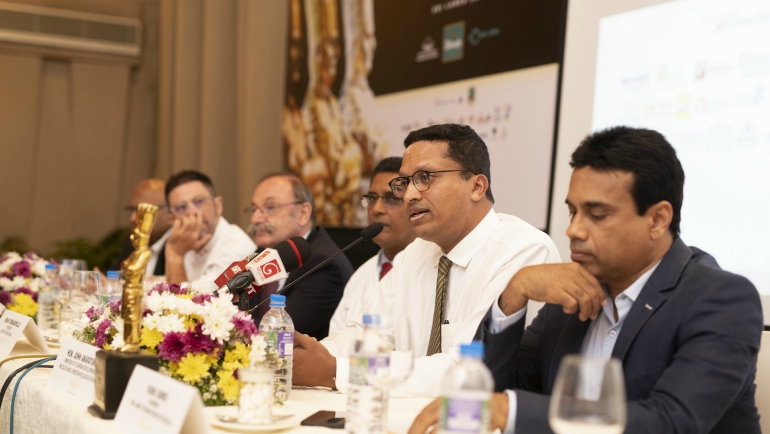 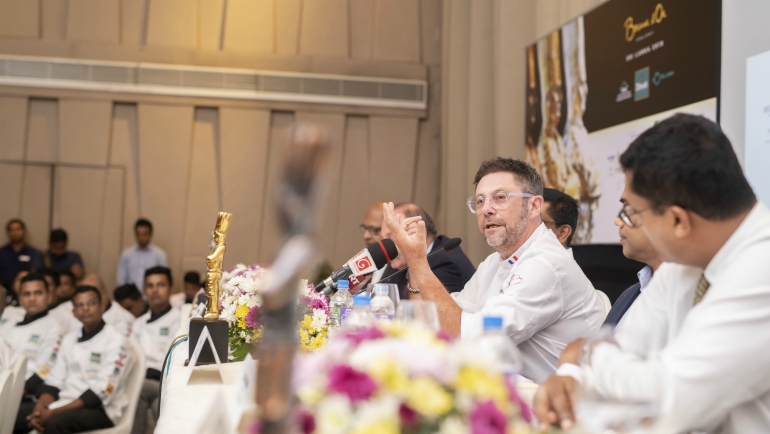 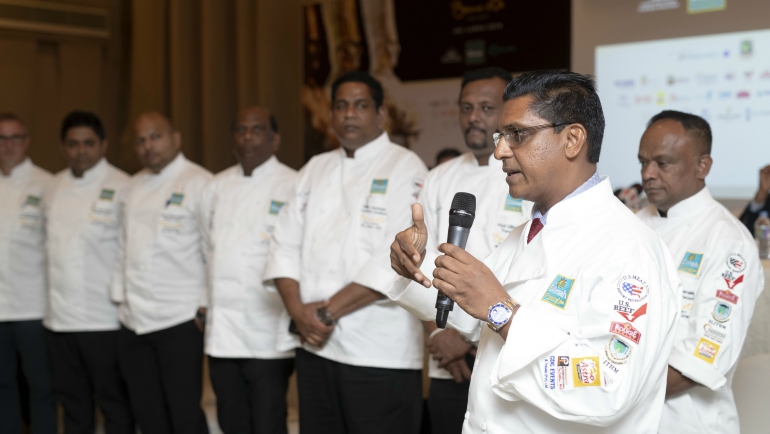 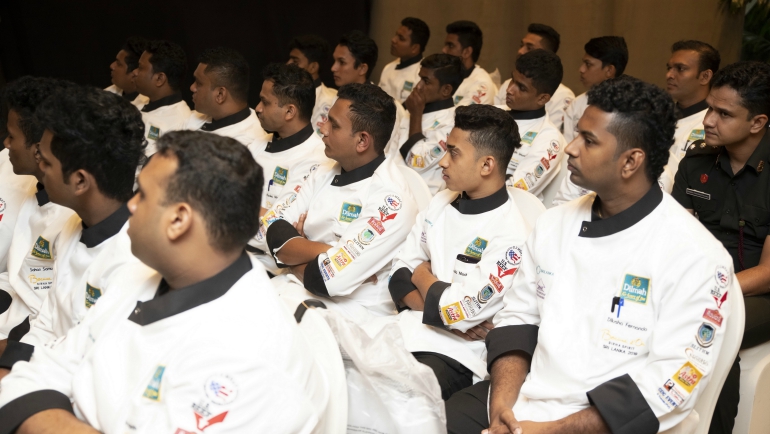 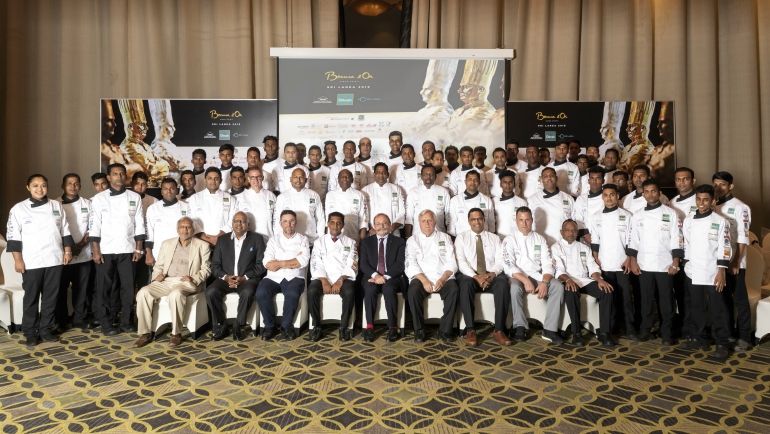 Bocuse d’Or Sri Lanka, an organisation dedicated to fine cuisine and chefs, will hold the Sri Lankan version of the Bocuse d’Or culinary competition on November 12 to choose a winner to be sent for the regional competition in China next year. Twenty seven teams will vie for the opportunity.

The successful Asian competitors then will take part in the main event to be held in Lyon, France - the birthplace of the final competition in 2021.

Participating chefs have received extensive training under the guidance of World Class Chefs and a Master Class by Former Three Michelin Star Chef, Bruno Menard was held for all finalists.

The press conference announcing the competiton in Sri Lanka and the details of the competition was held under the patronage of Minister of Tourism and Christian Affairs John Amarathunga at “The Blue” Hilton, Colombo.

Culinary maestro Fernandopulle said, “This year we have had the privilege of hosting world-renowned chefs to train our young competitors and we are very excited to see the outcome of three master classes and months of preparation by these young culinary stars. None of this would have been possible if not for the support of Sri Lanka Tourism, our principal sponsors Dilmah and the valued sponsors from various sectors who have stepped in to support this initiative.”

Chef Bruno Menard has over 35 years of experience in some of the world’s top restaurants. He was also one of the judges of Master Chef Asia in 2015, the same year that he created the Bocuse d’Or Academy Singapore. L’Osier, a restaurant opened by cosmetics maker Shiseido in Tokyo, won 3 Michelin stars under his watch.

This year the winning duo will also walk away with a Gift Certificate that was handed over by Eric Lavertu (French Ambassador) on behalf of Le Corden Bleu Paris to Rohan Fernandopulle to take part in an Advance Culinary Technique Program at Le Cordon Bleu Paris that will last four days and be conducted by some of the most renowned chefs in the world.