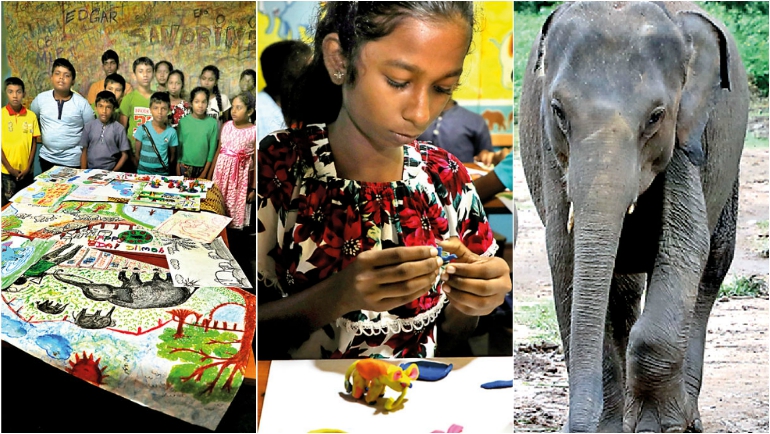 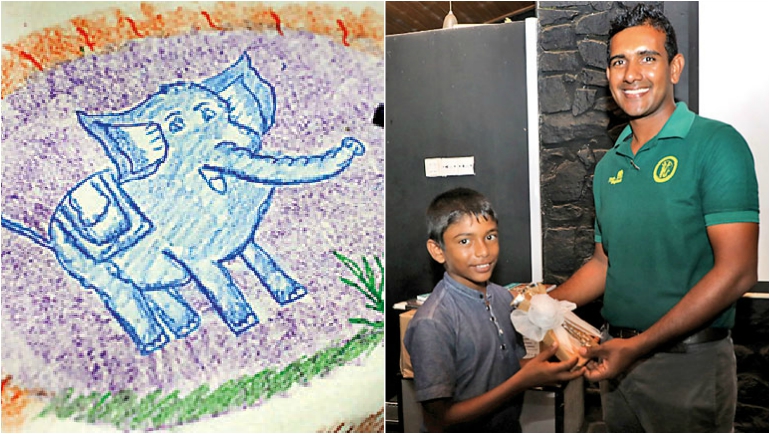 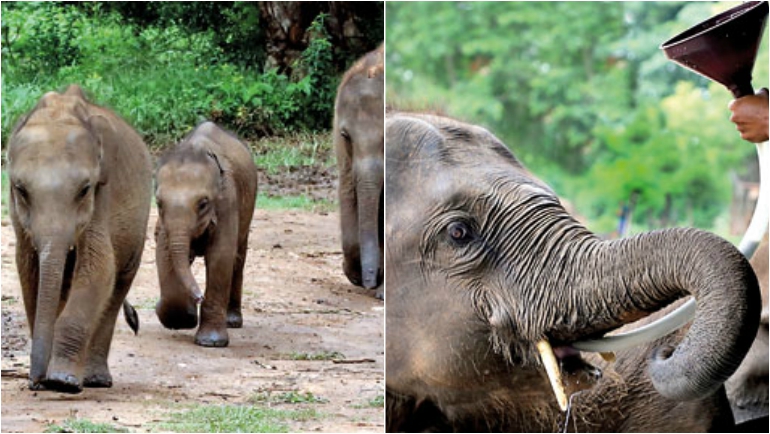 Baby Dilmah is a healthy little elephant at the Elephant Transit Home in Udawalawe sponsored by Dilmah Conservation.  She is two years old and is getting ready to be released into the wild in 2022.

For her second birthday party, 18 children were brought by Dilmah Conservation from Moratuwa and Peliyagoda and are a part of the Merrill J. Fernando Charitable Foundation of Dilmah.

Baby Dilmah was born in September 2017 and sadly her mother Veena fell victim to a huntsman’s ‘jaw-bomb’ (hakka-patas) in April 2018. With her severe wounds and condition worsening day by day, she was separated from her calf. Wildlife officials and local villagers made every effort they could to treat Veena and her distressed calf.

The way she suckled her calf whilst struggling for life brought tears to the eyes of all those around her.  She was soon unable to feed, collapsed and died in a paddy field in Mattala.

Luckily for Baby Dilmah there were wildlife officials present that day and she was taken to the Elephant Transit Home (ETH) in Udawalawe where Dilmah Conservation immediately pledged to care for her.

The children, employees of Dilmah and members of the Dilmah Conservation team stood around Baby Dilmah’s cake and sang ‘Happy Birthday’ to Baby Dilmah. Baby Dilmah was completely unaware that so many people had travelled all the way to Udawalawe from Colombo to celebrate her birthday.

As a birthday gift she was given packets of Lactogen 2+ formula which is milk that baby elephants need to survive while living in captivity without their mothers.

The kids who came for Baby Dilmah’s birthday got to see how the elephants were fed, saw them scream as they wanted more milk, and looked in amazement as they attempted to steal milk with their trunks.
Even though they couldn’t get up close or touch the elephant, it was quite exciting for them, as it was for all the attendees of the birthday party, kids and adults alike.

The kids were given a small presentation by Dr. Malaka Abeywardena, a Veterinary Surgeon and were then ushered to the craft room where they drew pictures and made clay sculptures of the elephants they saw. One girl, named Tharini made a beautiful red elephant holding green plants in her trunk. Others constructed beautiful pools and landscapes for the clay elephants they made.  One painting that stood out is the blue elephant with a purple shroud around it.
The kids were able to sit down and put pen to paper and express what they had learned that day. It was also a refreshing break from the excitement of the day.

Dilmah Conservation has been extending its support to the Elephant Transit Home located in Udawalawe, Sri Lanka by providing improved infrastructure facilities and the establishment of a comprehensive elephant information centre.
The information centre was established in 2009 and refurbished in 2016.

The centre seeks to raise awareness about elephants and is filled with interesting facts about baby elephants and elephants in general, such as how they are afraid of bees and more serious topics like the Human-Elephant Conflict.

Baby Dilmah is the second elephant that Dilmah Conservation has adopted.  The first being an elephant named Ted, adopted and named after New Zealand All Blacks rugby coach Sir. Graham Henry (nicknamed Ted), when he visited the transit home in 2014.

As Baby Dilmah will be released into the wild in 2022, she and the other elephants are kept away from unnecessary human contact.
The Elephant Transit Home plans on releasing all their baby elephants into the wild when they are fully grown.

Dr. Malaka elaborated on the duties of Udawalawe ‘Ath Athuru Sevena’ Elephant Transit Home and the importance of elephant conservation.

“Elephants help to maintain the balance of nature and the ecosystem by representing a huge role in the food chain,” he says. With the growing population in the country, forest areas are turned into human habitats and the elephants lose their homes.

Orphaned baby elephants lose their mothers due to human-elephant conflict and other accidents. These orphaned elephants are sometimes injured.
The Udawalawe Elephant Transit Home looks after these baby elephants until they turn five years old.

Udawalawe Elephant Transit Home started in 1995, is the largest Transit Home in Asia and in the world, established to conserve and protect the Asian Elephant. Currently, it has 71 baby elephants and is managed by the Department of Wildlife.