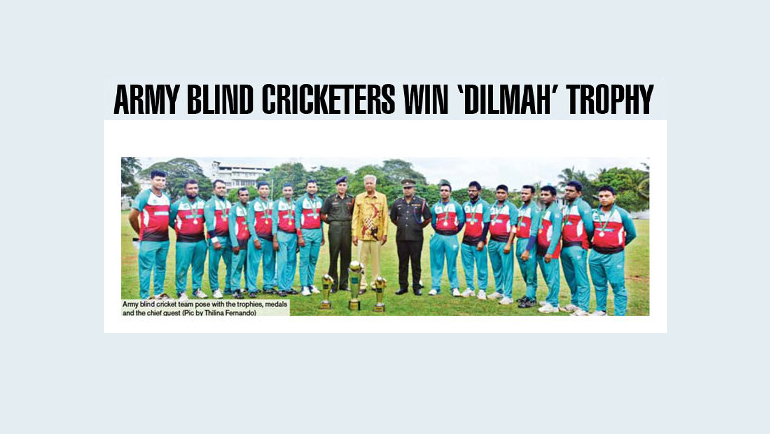 Blind Cricket players of the Army carried away the 'Dilmah' Trophy at the National Blind Cricket Championship beating their rivals Moneragala Shakthi by one wicket. The final was held at the Wesley College ground Campbell Park on Saturday (19).

The National Blind Cricket Tournament was competed among 12 blind cricket clubs across the country with the Army and Moneragala Shakthi entering the final after facing close encounters in earlier games, stated an Army media release. Each team during the tournament was provided with 40 overs but in the finals it had to be restricted to 37 overs due to inclement weather conditions.

In the final Moneragala Shakthi scored 215 runs in 37 overs and Army in reply collected 216 runs for 9 wickets and emerged champions in another closely fought out encounter.

Merrill J Fernando, Chairman, 'Dilmah' Company watched the finals as the Chief Guest for the occasion.